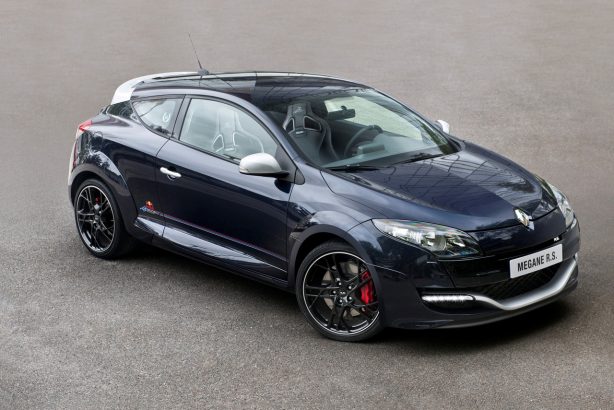 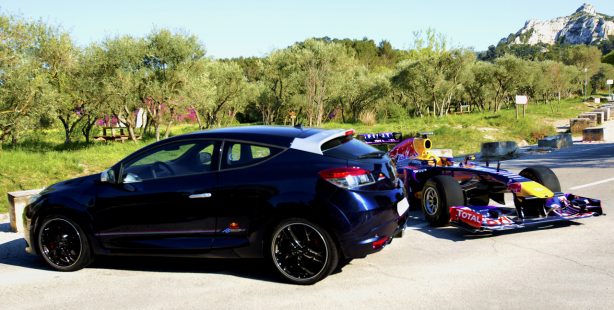 Other tell-tale signs include a series of Red Bull logos plastered around the car, including the rear quarter panels, side sills and laurel stickers on the rear side windows. The Mégane R.S. Red Bull Racing RB8 is shod with the same Bridgestone tyres that helped the Mégane Trophy establish a new lap record for the Nürburgring. They are fitted to exclusive 19-inch black alloy wheels with grey pin striping. 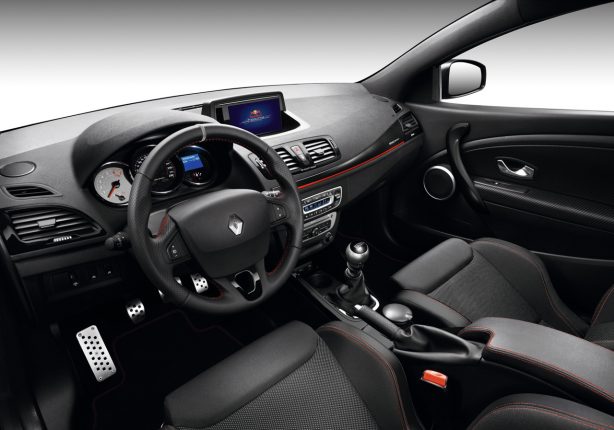 The new R.S. Monitor 2.0 now uses the R-Link’s 7-inch colour display and displays the Special Red Bull Racing homepage. Data can now be saved on a USB dongle as well.

The Mégane R.S. Red Bull RB8 packs the same 195kW/360Nm 2.0-litre turbocharged four-cylinder engine as the regular RS265 but with a Stop&Start system added to reduce consumption to 7.5L/100km. 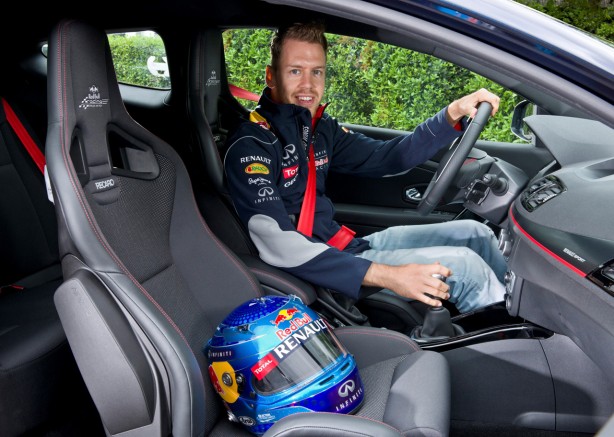 It will go on sale in France and 26 other countries from the end of June with a starting price of €36,000. It will be withdrawn from sale on 30 September 2013 to make good its limited-edition promise.

The car will arrive in Australia in the 4th quarter of this year.