StreetFX Toyota 86 with a Nissan GT-R engine churns out 745kW! 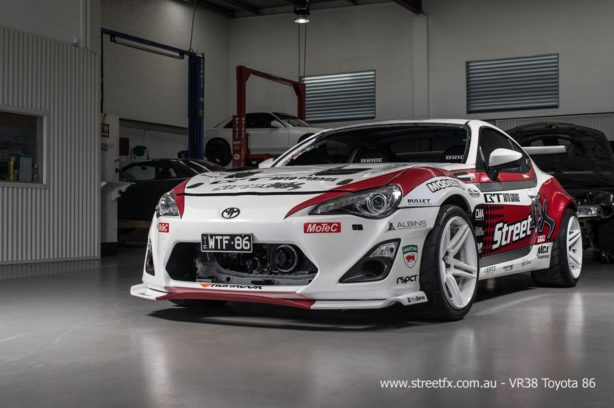 Forget about the Ferrari V8-powered Toyota 86. This is the real deal – a world’s first Toyota 86 powered by a Nissan GT-R engine, and not just the usual VR38DETT twin-turbo 3.8-litre V6 from the standard GT-R, it’s the stroked 4.1-litre HKS GT1000 engine!

Yes, that’s right, this thing puts down 1,000hp or 745kW of power on a body as light as the Toyota 86. This is StreetFX’s appropriately named WTF86, the Australian tuner’s latest project, or should we say, missile. 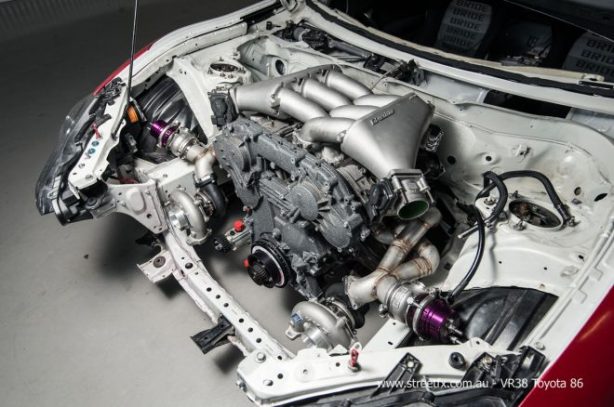 Not satisfied with a turbo build on the stock FA20 Subaru boxer engine, which was already pushing out a potent 545hp or 406kW to the rear wheels, StreetFX embarked on a power chase and the decision was to swap out the flat-four with a HKS heavy-duty R35 GT-R engine complete with upgraded turbochargers, dry sump conversion and harmonic balancer. It’s paired to a six-speed sequential gearbox and VR38 bellhousing. 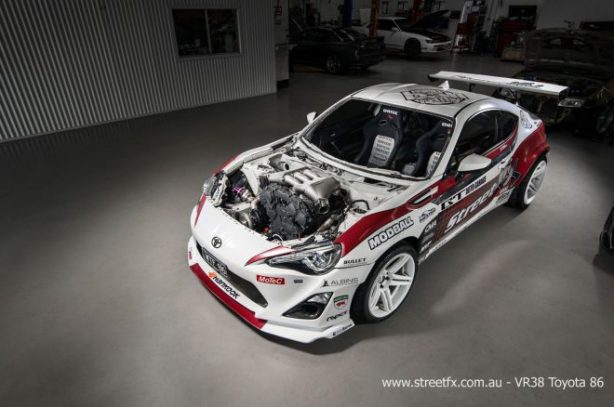 StreetFX customised everything from engine and transmission mounts to clutch and differentials. The powertrain exhales through a Greddy EVO exhaust system, while electronic comes courtesy of Motec.

This is one insane Toyota 86 build. Check out the full details of this StreetFX project here.