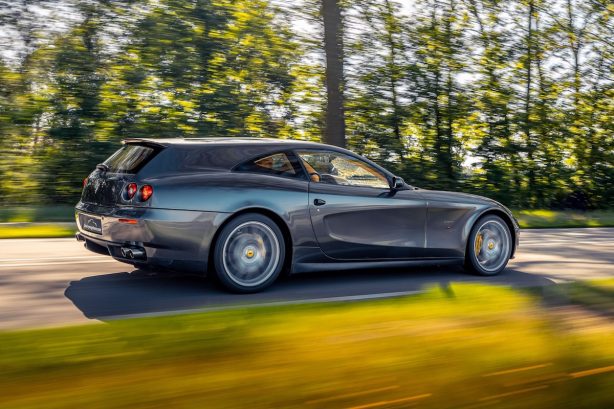 Dutch coachbuilder Vandenbrink Design has unveiled a Ferrari 612 Scaglietti it has transformed into a shooting brake, with the company prepared to do a limited run of similar builds if the customer demand is there.

While the company first penned the unique redesign for the 612 all the way back in 2008, it wasn’t until recently that one well-heeled customer wanted them to make that rendering into the real deal.

Often critiqued at the time of its launch for its somewhat questionable looks, the Vandenbrink treatment truly transforms the 612 Scaglietti into something actually rather handsome, with its new rump making it look to be something of a potential precursor to cars like the FF and current GTC4Lusso. 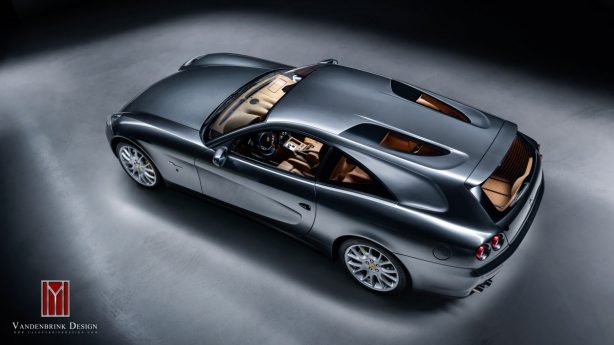 Certainly, the execution looks to be Ferrari factory quality, as the longer roofline and big boot fit surprisingly well with the existing parts of the 612’s design, slotting nicely between those prominent rear haunches.

On the inside it looks like it was always meant to be this way as well, with the tan leather-lined boot clearly resembling the sort of thing you’d expect to see there if Ferrari itself had made this from the get-go.

Worth noting, however, is that Vandenbrink has left all the oily bits alone, meaning this long-roof 612 has the same 5.75-litre naturally aspirated V12 under the bonnet as any other example, along with the more popular ‘F1’ automated manual transmission, meaning carryover outputs of 397kW and 588Nm and a likely similar 0-100km/h time of 4.2 seconds to that of the original coupé. 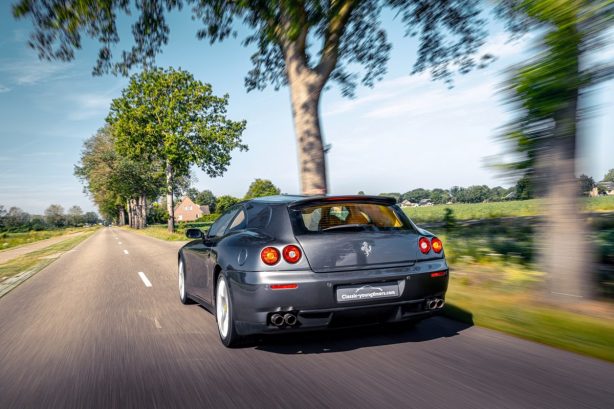 Vandenbrink is clearly proud of what it has created, given the company is truly putting their own name on it by not simply calling it a converted 612, but instead making it stand alone as the Vandenbrink Shooting Brake.

Currently, the example you see in the pictures here – which, for those in or visiting the Netherlands, is currently on display at the Classic Youngtimers Consultancy in Uden – is the only one in existance. It’s up for sale, too, with the car’s web listing indicating and asking price of €300,000, which translates to just under $489,000 Australian.

However, Vandenbrink will happily build a limited run of subsequent examples for customers who so desire one of their own, and you can expect any further examples to sport different and potentially very niche touches as in the company’s press release, it mentions that “each Shooting Brake will hereby be ‘designed to purpose’, with features for specific use like falconry, racing, and equine sports.”

Previous All-new BMW 3 Series Touring is bigger and sportier
Next One of one: Koenigsegg Jesko Red Cherry Edition