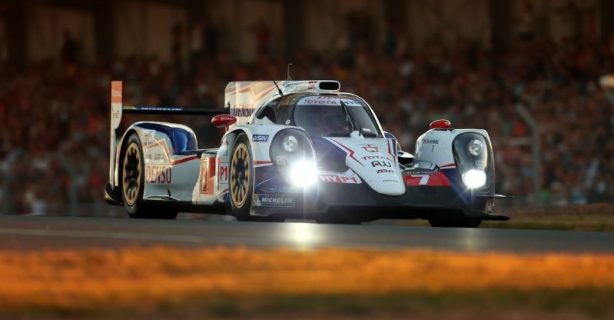 Toyota has announced it will add a third car to the grid for the famous Le Mans 24-hour race in June in a bid to accelerate its World Endurance Championship (WEC) campaign.

The move underlines Toyota’s determination to win the French endurance classic for the first time after it was denied victory last year through a heartbreaking last-lap mechanical failure.

The Toyota Gazoo Racing team will also field the additional car in May at the Spa-Francorchamps circuit in Belgium, a vital lead-up race to Le Mans.

Toyota’s other two TS050 hybrid race cars will compete in all nine rounds of this year’s championship with Toyota seeking to add to its 2014 manufacturer’s title.

The team’s winning goals will be strengthened by significant upgrades to the hybrid powertrain including the 2.4-litre twin-turbo direct-injection V6 petrol engine, motors/generators and batteries – advances Toyota plans to bring to its mass-produced hybrid vehicles.

Stéphane Sarrazin, who has been part of the Toyota WEC team since its first season in 2012, will bring the benefit of his experience as the lead driver of the third car. Two other drivers are expected to be named soon.

López, 33, competed in GP2 before moving to the World Touring Car Championship where he has won the past three titles.

The 2014 drivers’ world champions Sébastien Buemi and Anthony Davidson will again team up with Kazuki Nakajima, the only Japanese driver to earn pole position at Le Mans.

“We are working hard to be prepared and we are inspired to win,” Mr Sato said.

Toyota Gazoo Racing also confirmed its wider motorsport schedule for 2017, a highlight of which has been Toyota’s return to the World Rally Championship (WRC) with two Yaris WRC rally cars.