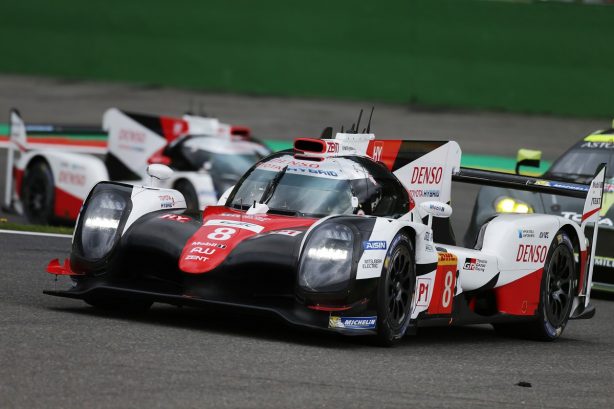 Toyota has earned a vital victory in the 6 Hours of Spa-Francorchamps, scoring the top two places on the podium ahead of the most important race of the season, next month’s Le Mans 24 Hours.

In a thrilling finish, the #8 crew of Sébastien Buemi, Kazuki Nakajima and Anthony Davidson took the chequered flag less than two seconds ahead of the #7 Toyota and third place finisher Porsche.

It was their second consecutive victory in the World Endurance Championship (WEC) after bagging top honours in last month’s season opener at Silverstone.

The result extended their lead in the driver’s championship and Toyota is now leading the contest against Porsche for the manufacturer’s title. 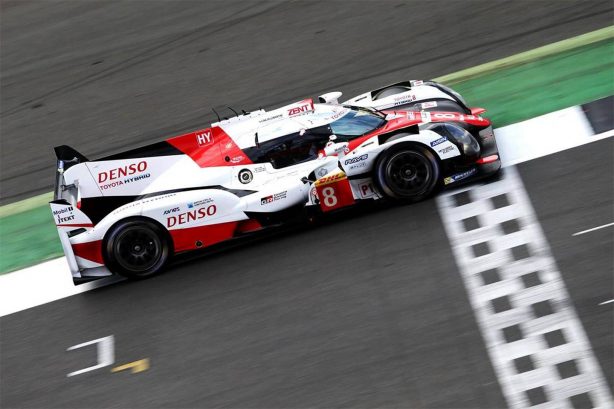 The #7 Toyota TS050 Hybrid of Mike Conway and Kamui Kobayashi led for much of the race, but two full-course yellow flags at inopportune times played into the hands of their #8 Toyota teammates.

The drivers of the winning Toyota admitted their good fortune at the Belgian track where they lost a chance at victory 12 months ago due to an engine failure.

“We certainly had some luck today because those two full course yellows gave us around a minute in total on the #7 car,” Davidson said.

“Mike and Kamui were blindingly quick from the start of the weekend and we didn’t have an answer, so they deserved the win. But for the team it’s a fantastic result and great preparation for Le Mans.”

Spa was the first race for the #9 Toyota driven by Super Formula champion Yuji Kunimoto, Stéphane Sarrazin and Nicolas Lapierre.

They finished fifth in the new car, gaining valuable data on preparation for Le Mans using a low-downforce aerodynamic configuration.

The two Toyotas that battled it out for victory were running in high-downforce configurations.

Toyota Gazoo Racing now heads to Le Mans for the 24-hour endurance classic on June 17-18, preceded by an official test day on June 4.

Watch Toyota’s 1-2 finishes at Spa in the video below.

Watch the final lap as the No. 8 @Toyota_Hybrid holds off its teammate for the win! #WEC6hSpa pic.twitter.com/JerPclsOw0