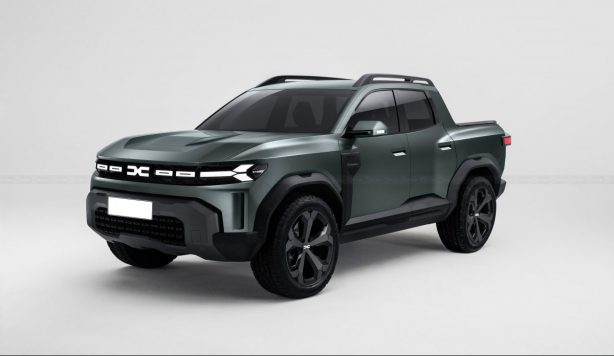 Dacia, the Renault owned Romanian car maker, unveiled the Bigster concept vehicle earlier this month. Developed by Renault as a preview of an upcoming production large SUV, the Bigster’s appeals lies in its rugged design and squared off four-wheel drive body. The production version will be Dacia’s largest offering yet and sold in certain Eastern European and Asian markets.

But with the increasing popularity of pick ups and light commercial vehicles, a tubbed version of the Bigster may be a strong possibility. While Renault or Dacia have not confirmed such plans, the internet was quick to get down to business.

Rendered by Kleber Silva of behance.net, the Bigster ute looks even better than its SUV concept on which the rendering is based. The pick up conversion is expertly executed, looking more like a real concept than computer rendering. The rugged, muscular design is retained, while fine details like the original Y-shaped taillights have been tweaked and now joined together neatly by a light bar. 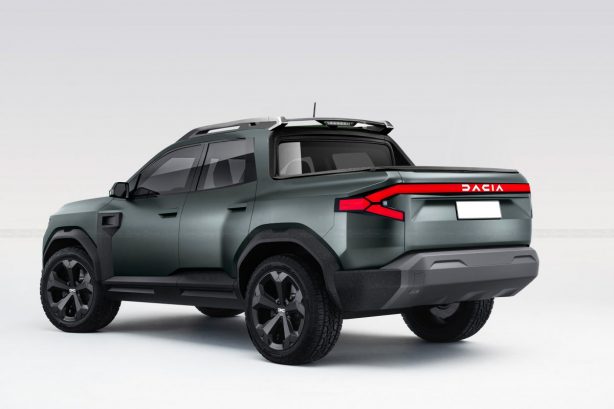 Like the Bigster, the look is further beefed up by the thick cladding around the wheel arches, with the raised suspension and big wheels adding to its muscularity. Dacia says that all cladding is made from recycled plastic.

Should Renault or Dacia build a ute based on this realistic rendering? We absolutely think so.

Previous Got into a Crash? Here’s how to find a Car Accident Injury Lawyer
Next Ares turns Tesla Model S into 2-door convertible