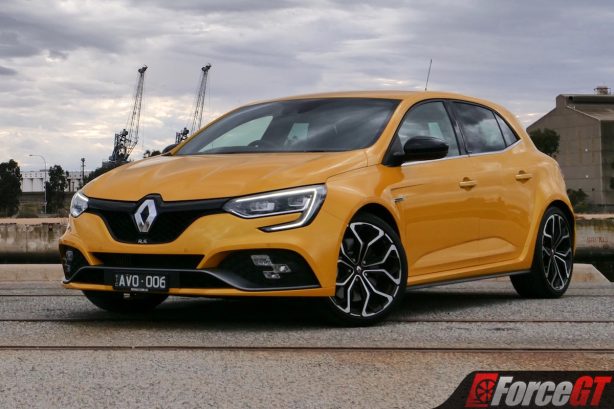 These days, hot hatches not only have to be fast and can tackle corners better than Douglas Santos tackling the soccer ball, they also have to be easy to live with and versatile enough to fulfil modern life’s demands of being good at almost everything.

It is for this reason the third-generation Renaultsport Mégane R.S. is now available with an EDC (electronic dual-clutch) automatic transmission – a first for what used to be the most unapologetic corner-carving weapon you can lay your hands on. 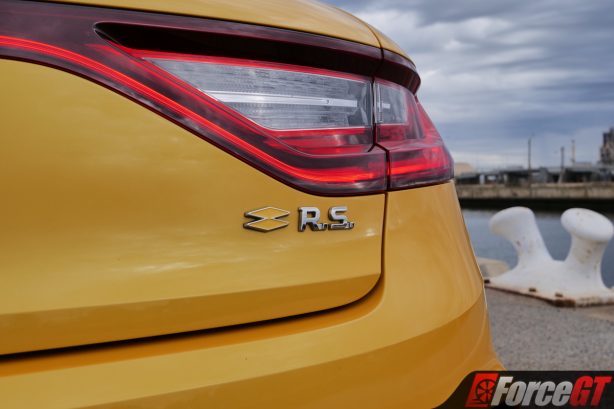 And then there is the extra pair of doors behind the driver and front passenger that makes the latest model more of a regular hatchback rather than the three-door coupé-esque body of its predecessor.

So, while most enthusiasts turn their noses up at the EDC (yes, thankfully a six-speed manual still comes as standard) while bemoaning the extra pair of rear doors that cramp their style, we want to find out whether the new Mégane R.S. (in Sports chassis) has gone all soft. 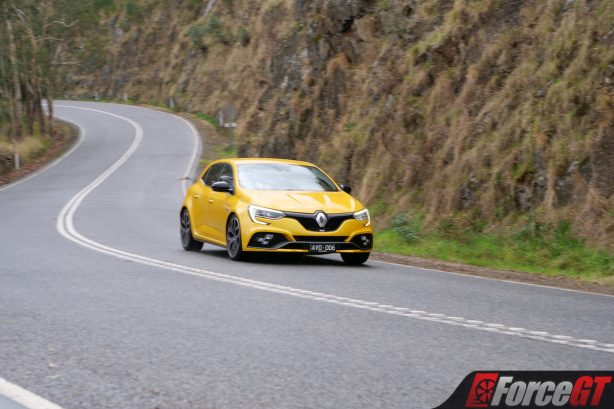 If your definition of soft is a cushy, magic carpet ride, then it’s a big no. The Renaultsport’s suspension is one of the firmest on the current breed of hot hatches even on its ‘softest’ Neutral mode. It telegraphs every fallen twig and open joint on the road straight to your coccyx, in HD.

I can’t remember the old Mégane R.S. being this firm but owners who traded up from the previous generation might just look at me strange and carry on.

Out on the twisties, the R.S. Sport’s suspension is incredibly supple and deft and works surprisingly well over bumps and bad surfaces, which are dismissed with utter contempt. Combined with progressive body control, excellent cornering balance and adjustability, the R.S. reminds you that fun can still be had despite the more sensible packaging.

Does the four-wheel steering actually work? 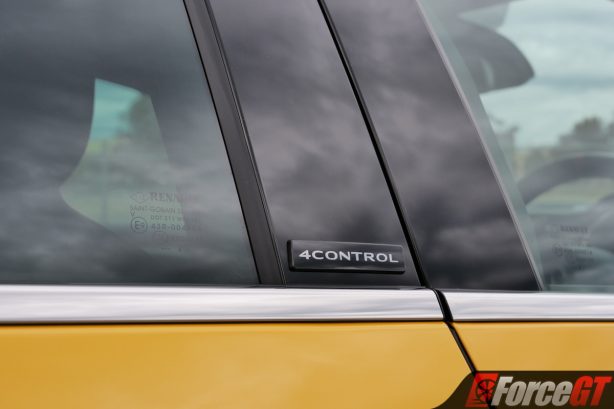 And then there’s the party trick ‘4Control’ four-wheel steering system that has the greatest effect on the Mégane R.S.’ handling appeal. In ‘sport’ mode, the system switches over from steering against the front wheels to steering in the same direction as them, enabling the car to turn in with impressive alacrity and carry big mid-corner speed with little effort.

While a mechanical slip-differential (you’ll need the Cup chassis for this) would tighten up the car on corner exit, the R.S. still feels amazingly planted and stable in around the bends.

Another advantage of the system is tighter a turning circle around town, as the rear wheels turn in the opposite direction to the fronts to reduce the turning circle, making three-point turns easier.

Is the EDC a good twin-clutch? 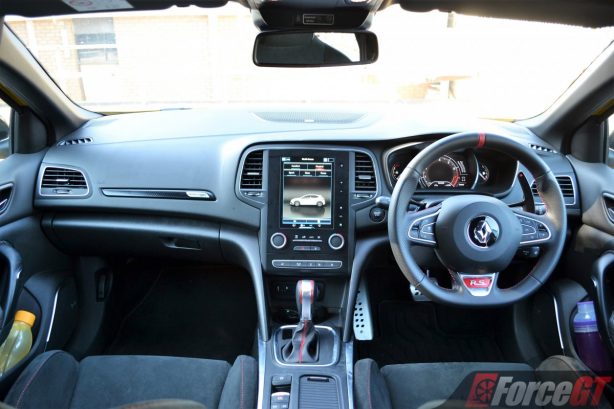 Let’s talk about the EDC transmission. It does a respectable job of shuffling the gears most of the time, though it’s nothing like the polished and slick units from the Volkswagen Golf GTI or R.

As we have noted in our comparison review with the i30N, it suffers from a bad case of jerkiness when setting off or creeping forward in traffic, unless you are super gentle with the throttle. However, once on the move, it’s smooth and upshifts quickly.

The R.S.’ shift paddles are also awkwardly placed on the car’s steering column, displaced upwards by Renault’s difficult to use column-mounted audio controls. While it’s fine when the steering wheel is pointed at the straight-ahead, they are a long stretch for your fingertips when turned.

For me personally, I’d save $2,500 and go for the simpler and more satisfying six-speed manual, but for those wanting the convenience of an auto box, the EDC does the job.

What about the smaller 1.8-litre engine? 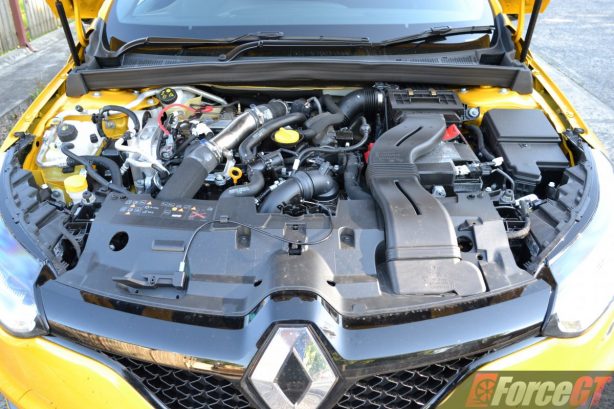 Despite the uprated power, Renault says the new engine sips just 7.5L/100km but be prepared for up to 11.0L/100km if you belt the Mégane hard like I have.

On the outside, the exhaust system has all the hallmarks of a hot hatch with pops and crackles on upshift, but from inside the car, things are a little more…err, manufactured, with Renault employing the speakers to drum up the drama. It’s not unpleasant but some might prefer the real deal.

So, has the Mégane R.S. gone soft in its quest to appeal more to the masses?

The short answer is no. It still possesses all the qualities that made the previous-generation such a revere model, including agility, handling poise, a lively engine and muscular looks.

While the six-speed manual is the pick for those wanting better engagement, the new EDC transmission does bring the convenience of an auto box without too much of a compromise.

And the 4Control tech? It adds to the R.S.’s already fine handling repertoire.

The fastest and most hardcore Renault Megane ever, the Megane R.S. Trophy-R, is now available …