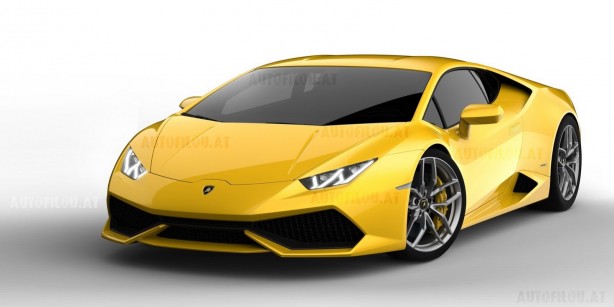 Further to a recent rendering that we brought you, more pictures have emerged of the Lamborghini Gallardo replacement, rumoured to be called the Huracan.

The images you see here were originally posted by an Austrian website, alleged to be the official pictures of upcoming model, just days before the car’s official debut. While it is possible the image could be a digital rendering, the proportions and design cues fit recent spy shots of the car.

The Huracan will retain the Gallardo’s trademark sleek low-slung profile while sporting a far more aggressive design, with styling cues inspired by the Aventador. 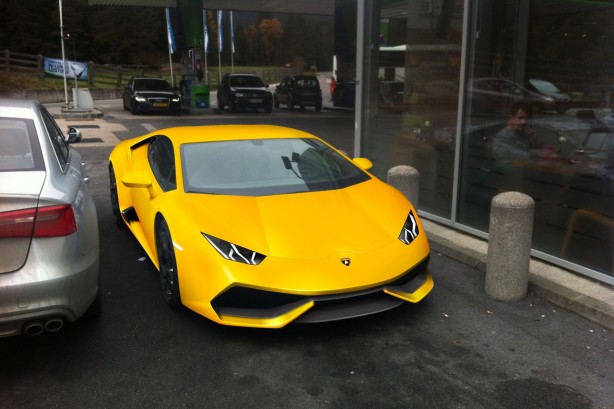 It is expected to sit on a platform shared with the next-generation Audi R8, pointing to an aluminium spaceframe construction that is far lighter than the Gallardo’s platform.

Under the bonnet, the Huracan will use a heavily modified version of its predecessor’s 5.2-litre V10 that churns out around 448kW – 28kW more – while cutting emissions.

It will also switch to a new seven-speed dual-clutch gearbox from the old e-gear system, enough to propel the supercar to 100km/h in a shade over three seconds and on to a top speed of 322km/h.

In two-wheel drive form, the Huracan should tip the scale at a lithe 1,300kg, while the all-wheel drive model will see an extra 30kg, thanks to extensive use of carbon fibre and aluminium.

The new model is expected to arrive in the middle of 2014, with a convertible joining the coupe later on.