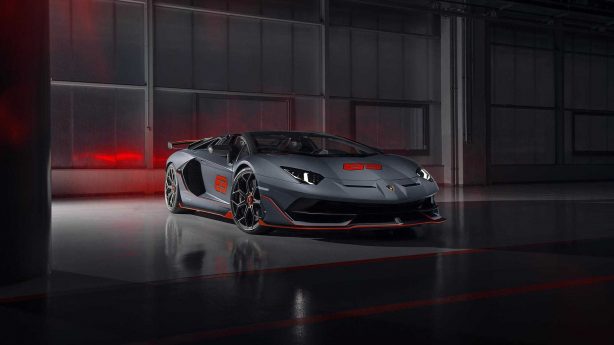 Lamborghini has dropped a pair of special edition models at the Monterey Car Week. Created to mark the raging bull’s founding year of 1963, the aptly named Lamborghini Aventador SVJ 63 Roadster made its public debut alongside another special Lambo called the Huracán EVO GT Celebration.

According to Lamborghini, the Aventador SVJ 63 Roadster is the most exclusive open top Aventador the brand has produced. With just 63 units slatted to roll off the production line, the model comes with virtually limitless colour and trim options available through Lamborghini’s personalisation programme. 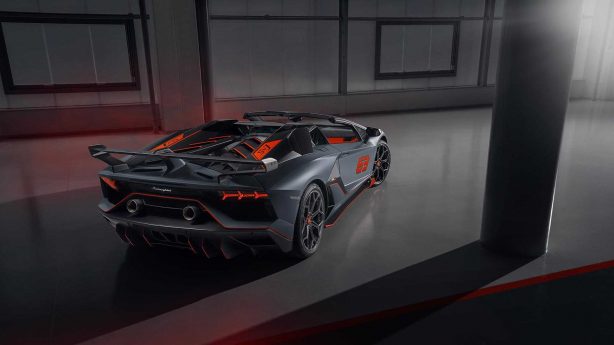 On the outside, the Roadster features unique matte or shiny carbon fibre roof, engine air vents, windscreen rim, wing mirrors and engine cover, along with matte titanium finished Leirion forged rim. It is further distinguished via its SVJ 63 livery, as well as a numbered plague that marks its cue on the production line.

Inside, the Alcantara interior comes in three colours featuring carbon fibre elements throughout and complemented by Lamborghini’s patented lightweight CarbonSkin. There’s a special badge on the steering wheel that identifies the car as one of a limited edition, as well as a ‘63’ logo on the rear wall in Alcantara and CarbonSkin. 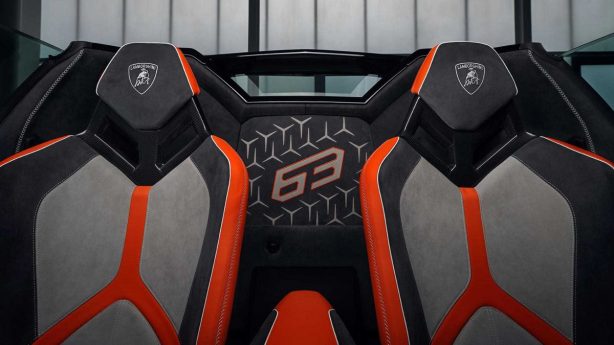 Meanwhile, the Huracán EVO GT is a homage to the car’s racing success in North America, specifically at the 24 Hours of Daytona and 12 Hours of Sebring for two consecutive seasons. 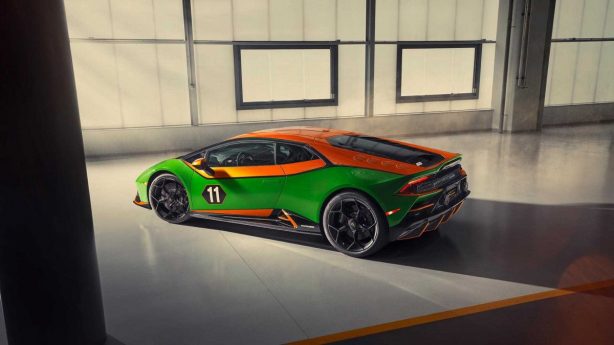 As such, its design evokes the livery of the GRT Grasser Racing Team and Paul Miller Racing with a combination of Verde Egeria green and Arancio Aten orange. Its racecar look is underscored by both the hexagons on the doors and bonnet that frame the number “11”, which is inspired by the number plates for the racing cars.

Lamborghini will also personalise customer’s cars with the Lamborghini Squadra Corse shield on the roof framed by either the Italian or American flags, along with laurel wreaths placed on the rear fender upon request. 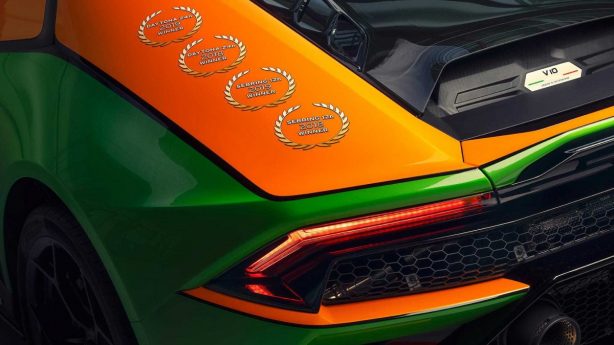 Inside, the interior is upholstered in Alcantara with contrasting stitching in the same colour as the livery.

The Huracán EVO GT is powered by the same aspirated V10 engine as the race car and is only offered for sale in the U.S.