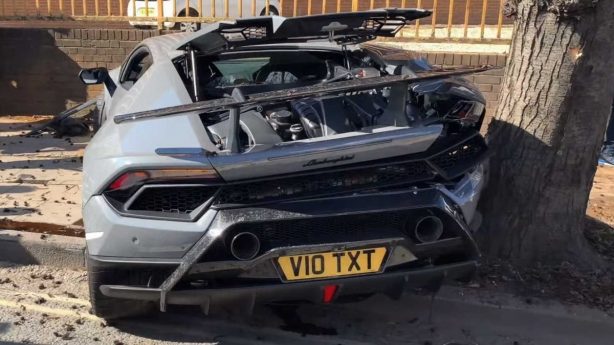 A Lamborghini Huracan Performante has had an unfortunate encounter with a tree and a brick wall while leaving a supercar meet organised by high-end U.K. dealer HR Owen in London.

Presumably in an attempt to put on a show to impress the gathered crowd, the owner of the Italian supercar thought it was a good idea to sprint down a narrow road with parked cars on the side. 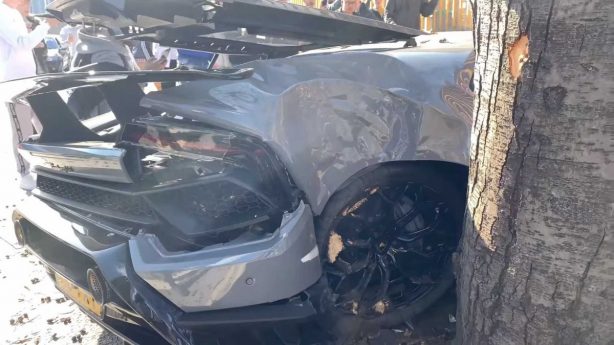 Instead of accelerating away in a straight line with screeching tyres and screaming V10, the 477kW supercar somehow ended up crashing into a tree and a brick wall. Luckily no one, including the driver, was injured in the incident, except for a very bruised ego.

As for the Huracan, it wasn’t as lucky, as it sustained some serious damages to the driver’s side and will need extensive amount of repair work to get it back into shape – that’s if it’s not being written-off by the insurer. 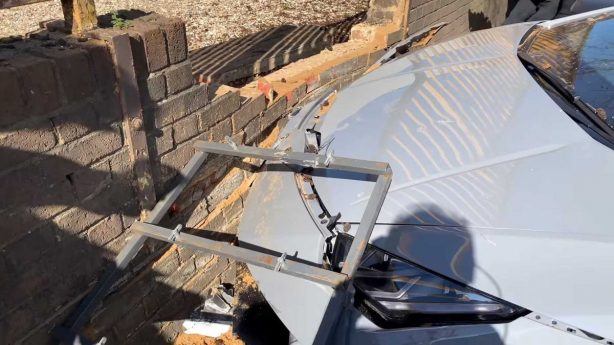 According to onlookers, the driver of what used to be the fastest production car at the Nürburgring wanted to leave in style by using launch control. But because the tyres were cold, traction was limited and the result was catastrophic.

This is by no means the first Huracan Performante to meet with an unfortunate end. Late last year, a similar model was destroyed after a pump mishap at a petrol station.