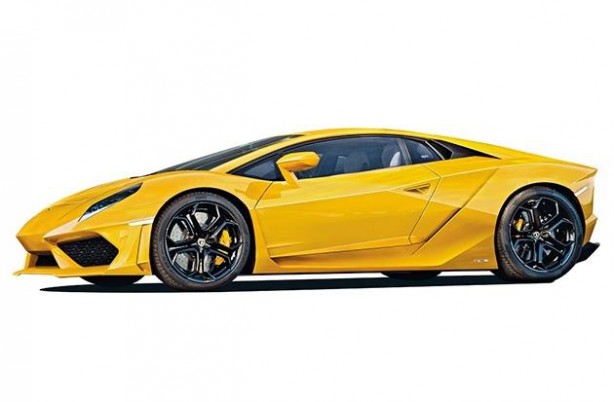 More info has surfaced on the Lamborghini Gallardo replacement, rumoured to be called the Cabrera. While we have seen spy shots of the car out and about, the team at Only The Best came up with this render of the supercar which they claim is very accurate.

How do they know? They travelled to Lamborghini’s factory in Sant’Agata Bolognese, Italy to tour the Aventador production line. Meanwhile, the Cabrera’s production line is just next door, albeit shut behind closed doors. While on their way out, one of the doors to the new production line was opened, revealing the Gallardo successor!

Based on what they saw, they commissioned this render which they said is incredibly close to the production car. It features grills across the entire rear windows, similar to the superb Miura and will not have scissor doors as they are reserve for V12 models only. The rear styling is sharp, similar to that of the Aventador.

Finally, the same source said the car will not be called the Cabrera!

Whatever its name will be, what we know is that the car has entered production phase and we expect Lamborghini to start teasing with photos and videos, with preliminary details before Christmas.

Source: Only The Best