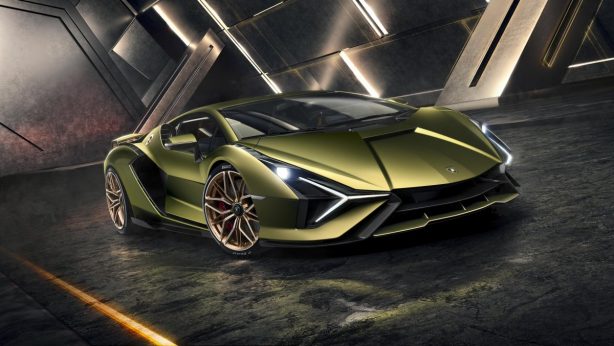 Lamborghini has unwrapped its first electrified model in the form of the a hybrid supercar.

Appropriately named Sian which translates to thunderbolt in the local dialect of the Bologna region of Italy, home to Lamborghini, the hybrid supercar is engineered around “unique” hybrid technologies and promises to deliver “the extraordinary emotion and exceptional dynamic performance of a naturally aspirated Lamborghini super sports car, while meeting a future demanding electrification”.

Slated to make its first public appearance at the upcoming Frankfurt Motor Show next week, the Italian exotic combines a mid-mounted 6.5-litre V12 normally aspirated petrol engine that produces a staggering 577kW and 720Nm with a 48-volt 25kW/40Nm electric motor embedded in the transmission.

The total output of 602kW is enough to launch the Sian from zero to 100km/h in less than 2.8 seconds, making it the fastest accelerating Lamborghini ever. Flat out, the Sian will creep beyond 350km/h. 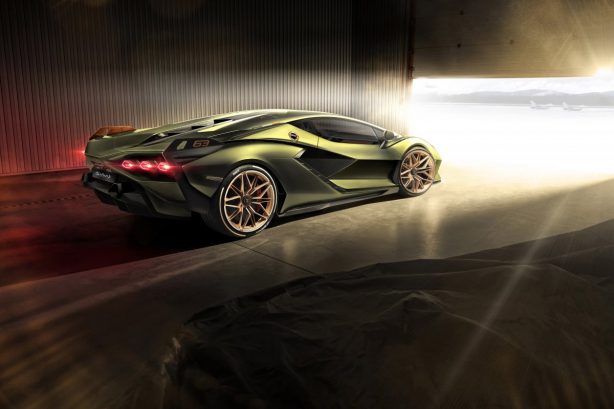 The energy accumulation technology is a world first. Rather than a lithium-ion battery the Sian innovates supercapacitor application: a technology pioneered originally in the Lamborghini Aventador but dramatically developed to store ten times the power.

The unique hybrid system eliminates any power loss during gear upshifts by filling the void with torque from the electric motor. As a result the driver will feel “only the pull backward of acceleration, eliminating any possible uncomfortable jerking movements”.

In terms of design, the Sian takes its futuristic inspiration from the iconic Lamborghini Countach. The Gandini line is evident in its profile, while the silhouette introduces new features such as the characteristic aero wings, giving the Sián an unmistakable profile.

The iconic Lamborghini ‘Y’ shape can be seen in the air inlets on the doors, glass elements are included in the engine cover, and the diagonal line features in the bonnet, as in the Countach.

Just 63 Lamborghini Sians will be built at a price yet to be disclosed, however none are destined for Australia at this stage.