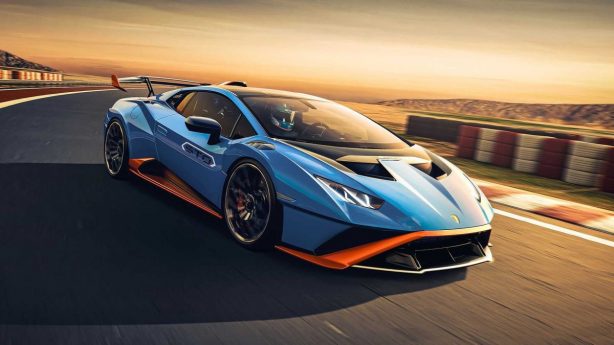 Unveiled officially today, and as the name implies, the Lamborghini Huracan Super Trofeo Omologata (or STO) is essentially a road-going version of the Squadra Corse race cars.

Fulfilling that purpose is an entirely new aerodynamic package that is 21mm wider than the standard Huracan Evo, which sits below it. Around the front, the bonnet, bumper and front guards have been integrated into a single massive clamshell that opens forwards, similar to the iconic Miura and Sesto Elemento. 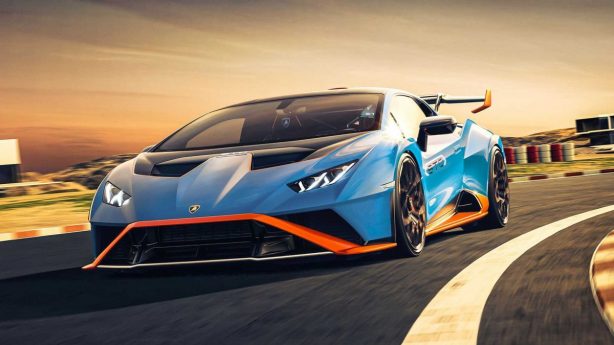 It incorporates the new brake cooling inlets and redesigned front splitter, which channels air to the revised underbody and rear diffuser. The bonnet features a pair of sizeable bonnet ducts for venting the central radiator to improve cooling and increase downforce. They do however, eat into the ‘boot’ space, leaving just a small compartment to stow a helmet for track days.

Lamborghini has done major reengineering work at the back, where the rear guards are adapted from the Super Trofeo and are flatter towards the back. They not only reduce the frontal area and thus, drag, but also increase downforce and improve overall aerodynamics. The fins along the top of the guards channel air into the NACA engine intakes with shorter ducting to reduce static pressure losses by 30%. 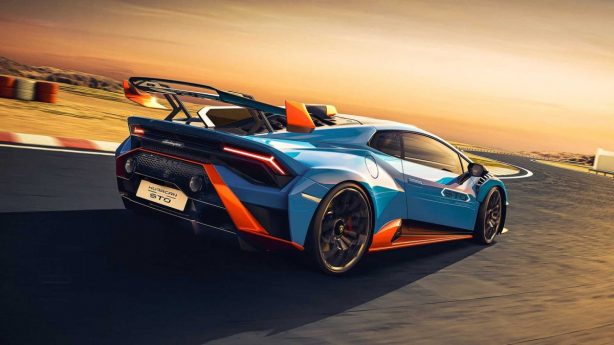 The new engine cover features a roof scoop and dedicated deflectors to manage the extra, while a massive fin is said to increase yaw stability and straightens airflow over the fixed rear wing.

As a result, the STO is claimed to have 53% more downforce and 37% better aerodynamic efficiency overall compared to the Huracan Performante.

Three additional drive modes have been added to the Huracan STO: the road oriented STO, track-focused Trophy and the self-explanatory Rain. 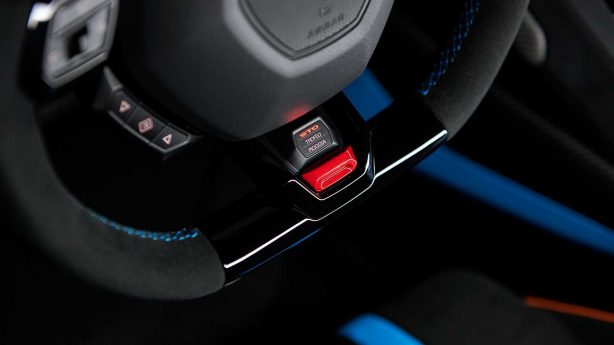 Thanks to the 20% lighter windscreen and lightweight 20-inch magnesium wheels, the STO is 45kg lighter than the already lithe Performance, which itself is 40kg lighter than the standard Huracan, tipping the scales at 1,339kg dry.

Fire power (along with the seven-speed dual-clutch) remains unchanged, featuring the same naturally aspirated 5.2-litre V10 that pumps out 470kW as the all-wheel drive Huracan Evo and superseded rear-drive Hurcan Performante. Interestingly, the rear-drive Hurcan STO has “only” 565Nm of torque against the 600Nm of the aforementioned models.