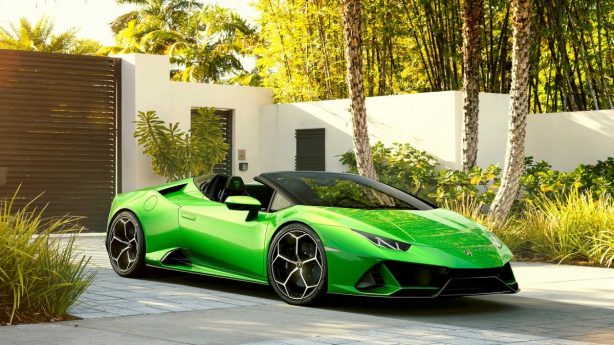 Lamborghini has unveiled its new drop-top Huracan Evo Spyder ahead of its official debut at the 2019 Geneva Motor Show at the start of March.

Sporting the same naturally aspirated 5.2-litre V10 as the Huracan Evo coupe, it matches the hardtop’s hefty 470kW and 600Nm power and torque figures, with the engine coupled to the same seven-speed dual-clutch transmission and Haldex all-wheel drive system.

With a revised freer-flowing exhaust system part of the upgrades for the Huracan Evo, the drop-top is sure to give even better access to hearing it roar. 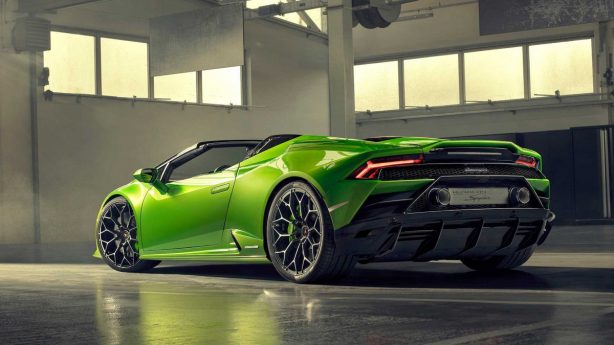 Mirroring the specs of the coupe, it sports 20-inch wheels as standard, which come shod in staggered Pirelli P Zero rubber, measuring in at 245/30 front, and 305/30 rear. Further enhancing the Spyder’s handling is the standard fitment of four-wheel steering and an active magneto-rheological suspension system.

The Spyder’s soft-top is powered by an electro-hydraulic system capable of raising or lowering it in a claimed 17 seconds at speeds of up to 50km/h. A set of pop-up roll bars are fitted in case of the car taking a tumble for whatever reason, too. 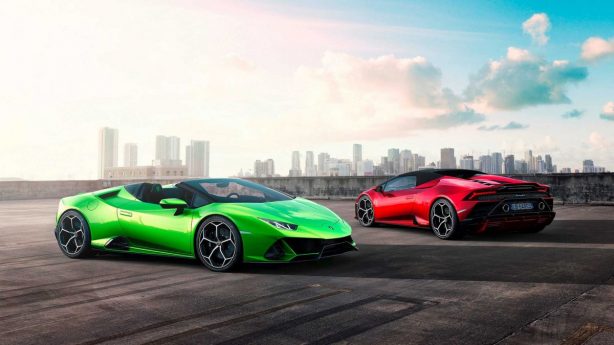 Additionally, for those who care, an 8.4-inch infotainment touchscreen with Apple CarPlay compatibility is also now standard fit, although we don’t suspect it will be as great a selling point as the howling V10 sat right behind you would be.

The Huracan Evo Spyder will make its debut next week at the 2019 Geneva Motor Show. Details of its official launch are yet to be announced, although the Huracan Evo coupe has been confirmed to land locally around July this year.