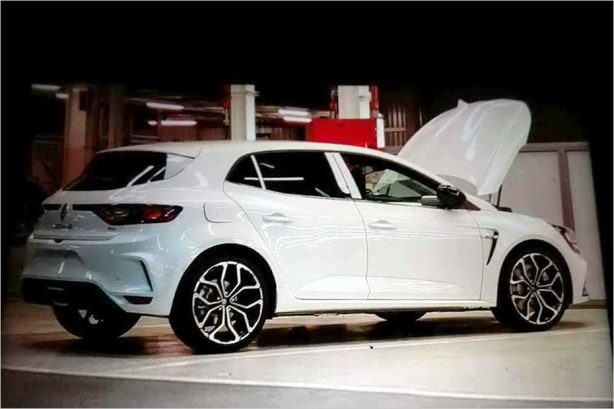 The 2018 Renault Megane RS isn’t due for debut until the Frankfurt motor show in September later this year but we have seen spy shots of its rear and teaser photos of a camouflaged prototype.

And today another new spy photo has surfaced which gives the clearest view yet of the upcoming hot hatch. The rear three quarter view of the next-generation Megane RS was posted as a comment in the French forum “Clio RS Concept” and revealed an almost production ready model.

With not a shred of camouflage the Megane RS features a roof-mounted spoiler, chunky rear bumper with built-in rear diffuser of which sprouts a set of centre-exit exhausts. Its twin five spoke 19-inch wheels have also been revealed, along with gloss black side mirrors and an air breather can be seen behind the widened front wheel arch.

It seems the only bit yet to be put on the car are the side sills.

Not much is known about the new Megane RS’ powertrain at this stage but as we reported last year, the new model might get all-wheel drive for the first time, along with four-wheel steering.

Its 2.0-litre turbocharged four-cylinder engine is also expected to deliver at least 223kW matched with a standard 6-speed manual, with a dual-clutch transmission available for the first time.

Unlike the outgoing model, the new RS will be exclusively offered in five-door. 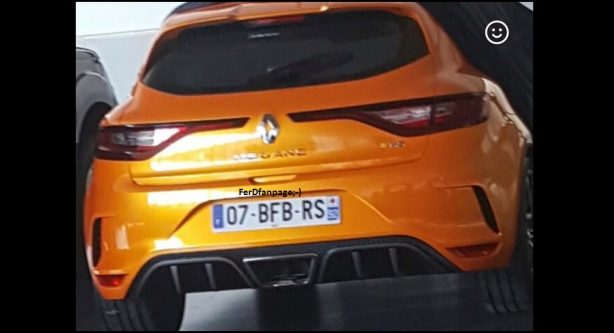