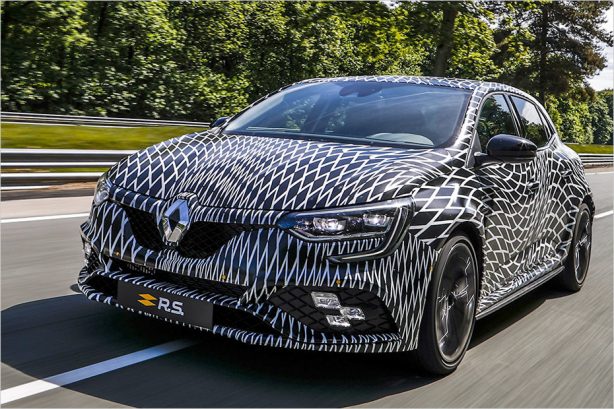 Renault’s next-generation Megane RS is slowly taking shape, as new photos of the manic hot hatch have emerged, this time with the company’s Formula One drive Nico Hülkenberg posting next to it. 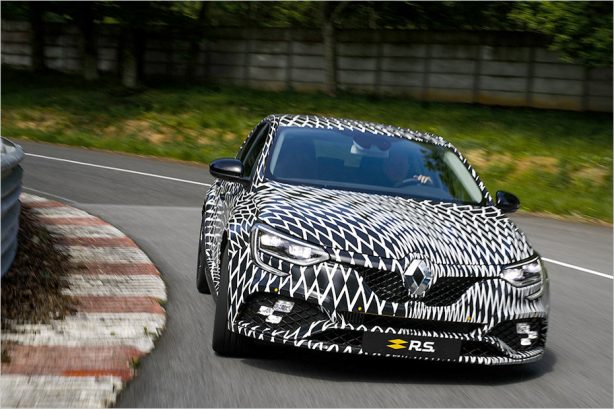 Not much is known about the new RS powertrain at this stage but as we reported last year, the new model might get all-wheel drive for the first time, along with four-wheel steering. The current Megane RS is front-wheel drive only.

Its 2.0-litre turbocharged four-cylinder engine is also expected to deliver at least 223kW matched with a standard 6-speed manual, with a dual-clutch transmission available for the first time.

With all its key rivals now already on the market, namely the Honda Civic Type R and Ford Focus RS, the 2018 Renaultsport Megane RS could not have arrived soon enough. The hot hatch is said to be scheduled for a September reveal at the Frankfurt Motor Show for a 2018 rollout.