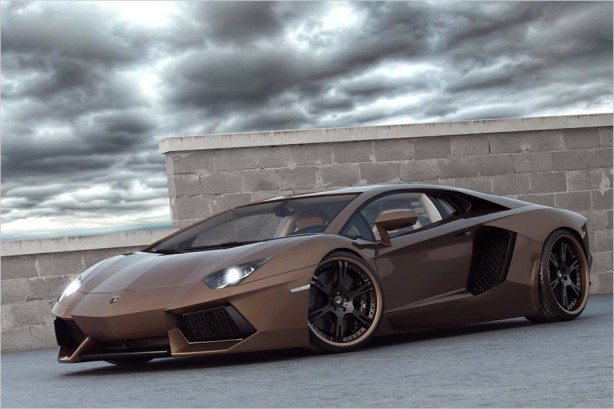 The standard 700 horsepower Aventator rockets from 0-100km/h in a neck wrecking 2.9 seconds and tops out at 350km/h. To improve performance on the super fast Aventator, Wheelsandmore optimizes the electronic maps of the carbon fiber airbox and the flap-controlled exhaust system. The result is an increase of 77 horsepower and 60 Nm of torque, bringing final performance figures to a whopping 777 horsepower and 750 Nm.

No Wheelsandmore tuning is complete without a set of custom-made wheels. The Aventator “Rabbioso” rides on a set of Wheelsandmore 6Sporz2 wheels measuring 10×20 with 255/30/20 tyres for the front and 12.5×21 with 355/25/21 tyres for the rear. The colour of the wheels are adapted to the body colour.

Provided as an option is a new exhaust system for the Aventator, should you desire more noise from the 6.5 litre V12 engine. The handcrafted system is machined and plasma-coated with remote-controlled valves that allow you to “tune” the sound of the exhaust note!