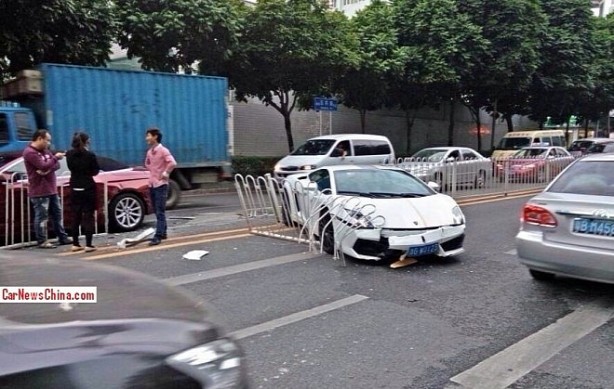 When a supercar crashes, it’s big news. Mainly because they rare, but we also take pleasure in knowing that the people who drive them aren’t always the best drivers behind the wheel and should be banned from driving anything more powerful than a Toyota Corolla.

Take the man in the pink shirt in these photos, although we have no information surrounding the circumstance of the crash, it took place inside the city centre of Shenzhen, in southern China. That means, it isn’t really going very fast. So, how did the limited edition Lamborghini Gallardo LP550-2 Valentino Balboni smashed through the metallic dividing barrier and ended on the wrong side of the road? 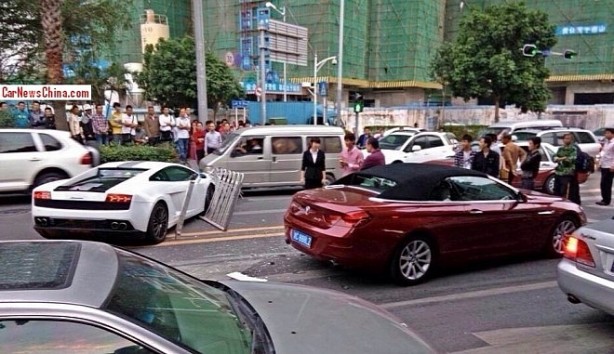 Yup, he should be banned from driving anything more accelerative than a Corolla!

Fortunately, the rare supercar hasn’t sustained too much damage in the accident and should be repairable.

Only 250 units of the Gallardo LP550-2 Valentino Balboni were ever made. The rear drive special edition was dedicated to the former Lamborghini Chief Test Driver.