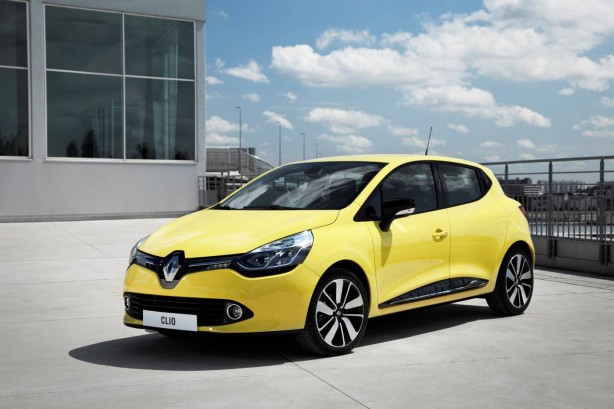 The Renault Clio Mk4 has officially broken cover. It is one of the French company’s most important models, as some 11.5 million Clios have been sold in more than 115 countries since the original model was launched in 1990.

It also marked the first production model penned under Laurens van den Acker. The Dutchman,  who is now Renault’s Senior Vice-President of Corporate Design, was formally with Mazda and had successfully turned around the Japanese company’s design to be one of the most daring and original to emerge from the east.

“New Renault Clio was conceived as a piece of sensuous sculpture which stimulates desire. Like muscles, its curves express the dynamism radiated by the DeZir concept car. No acute or aggressive angles, just voluptuous curves that make you want to go up to it and caress it,” he said.

The new Renault Clio is available exclusively as a five-door model, although the concealed rear door handles can fool you into thinking it is a three-door. 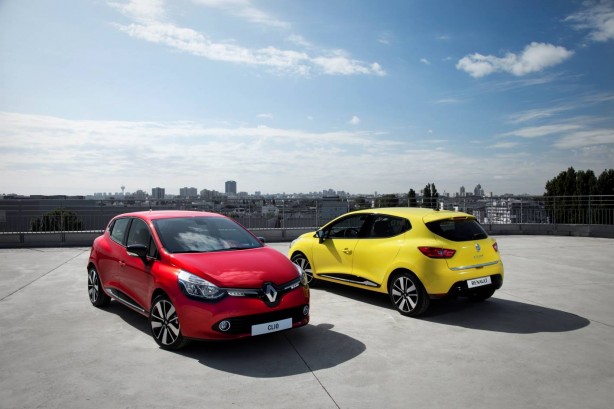 It will debut a new 899cc turbocharged 3-cylinder petrol engine, called the Energy TCe 90, with a claimed fuel consumption of 4.3l/100km and CO2 emissions of 99g/km. Renault’s first 3-cylinder engine is equipped with Stop&Start and produces 90hp and 135Nm at 2,000rpm, performance figures that are similar to a normally-aspirated 1.4-litre engine.

There is also a 1.5-litre 4-cylinder diesel, called the Energy dCi 90. Also equipped with Stop&Start and produces 90hp, it comes with a healthy 220Nm of torque and drinks only 3.2l/100km of diesel, while CO2 emissions are rated at 83g/km.

Besides new engines, the Clio Mk4 will see innovative technologies brought to B-segment for Renault for the first time: Reversing camera, keyless entry, Renault R-Sound app and Renault Bass Reflex system (this system delivers the volume and listening enjoyment of a 30-litre home speaker enclosure) to name a few. 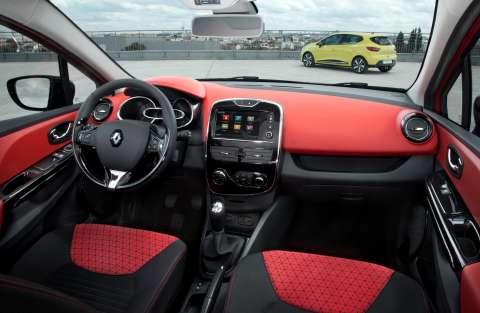 Moving on to the interior, the Clio Mk4’s elegantly designed dash board is said to have been inspired by the shape of an aircraft wing. The stylish instrument panel is highlighted by a digital speedometer, while a minimalist centre console play host to an infotainment and navigation system with a 7-inch screen that is standard from Dynamique trim and upwards.

Like other superminis in its class, the new Renault Clio’s exterior and interior will be highly customisable, from the front grille and door inserts to the steering wheel and air vent surrounds.

The highly desirable flagship RenaultSport version of the Clio Mk4, believed to be powered by a 1.6-litre turbocharged engine delivering around 200-horsepower, will also be launched in the coming months.

Further details of the new Clio will be available at September’s Paris Motor Show. In the meantime, check out the photo gallery below.