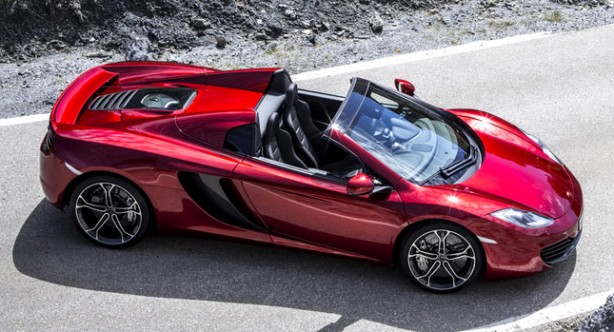 The McLaren MP4-12C has gone topless. Known as the Spider, or McLaren MP4-12C Spider, to give it its full name, it is equipped with a metal roof that takes less than 17 seconds to raise or lower.

McLaren points out that unlike many other tin top convertible models, the Spider’s roof can be operated whilst the car is in motion at speeds of up to 30km/h (19mph).

The car’s rear windscreen also double as a wind deflector and can be electronically lowered and raised. Like all convertibles, a roll over protection system has been incorporated into the rear buttresses to improve safety. 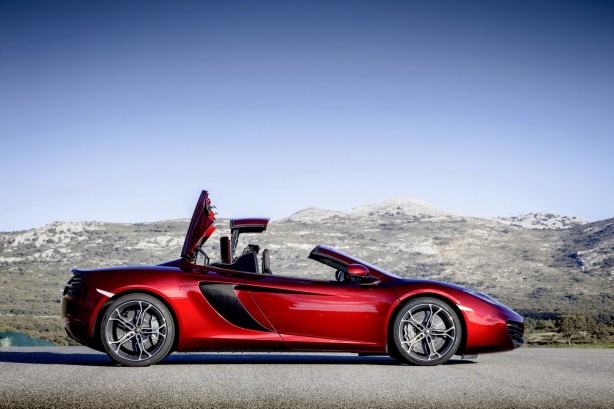 According to the British sports car maker, the 12C was designed as a convertible from the start; its 75kg (165 pounds) ‘MonoCell’ chassis required no further strengthening. The result is the Spider weighs only 40kg (88 pounds) more than the coupé after the addition of the retractable roof system.

The engine sends drive to the rear wheels via a 7-speed SSG dual-clutch transmission with rocker-mounted shift paddles attached to the steering wheel. 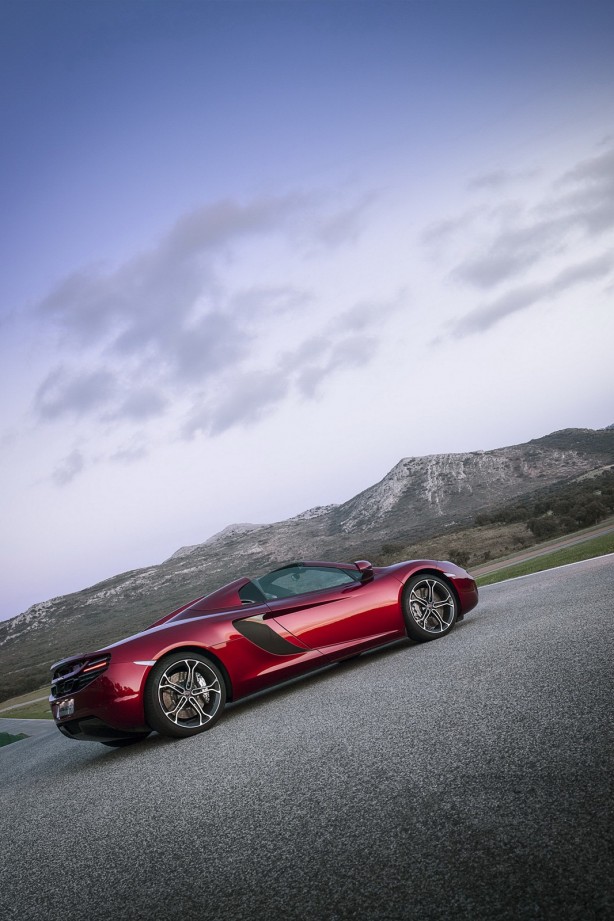 Customers’ orders are now taken across all of McLaren’s 38 retailers in 22 countries worldwide, with first deliveries to start in November this year.