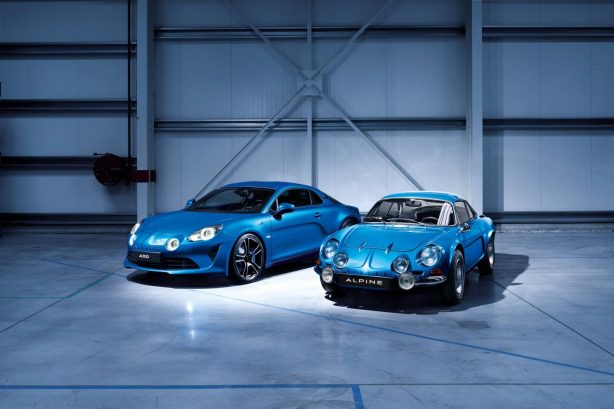 Alpine Cars and Renault Australia have today announced that the new Alpine A110, revealed in production form at this year’s Geneva Motor Show, will come to Australia in 2018.

“On behalf of Alpine Cars, it is with great pleasure that we can make this announcement today,” said Renault Australia’s Managing Director, Andrew Moore.

“Alpine, the sports premium brand of Groupe Renault, defines a modern sports car designed for driving pleasure. It combines the timeless Alpine principles of compact size, light weight and dynamic agility and keeps true to the spirit of its predecessors, in particular the A110 Berlinette.

“We are delighted that it won’t be long until its loyal fans, as well as those new to the brand, can get behind the wheel,” Mr Moore said. 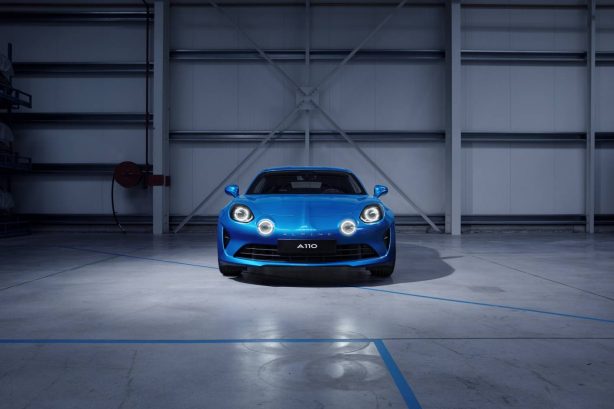 The story of Alpine dates back to the vision of its founder, Jean Rédélé. After claiming a long list of victories in a modified Renault 4CV, Rédélé identified a market for an innovative, competitive car using mainstream mechanicals housed beneath an attractive, lightweight body. These principles guided the design of the A106 and the foundation of Alpine in 1955.

Between 1955 and 1995, Alpine produced and sold 30,000 vehicles. It also made history with the first World Rally Championship Title in 1973 and five years later confirmed its dominance in motorsport with its Le Mans 24 Hour victory.

Régis Fricotté, International Sales Director of Alpine Cars, said; “We know that many people have been waiting for this car. In fact, when bookings opened in Europe, all 1,955 Premiere Edition cars were reserved within just a few days. We believe the A110 offers a unique proposition to the market and we expect a similar reaction from Australian sports car enthusiasts when the car is on sale.” 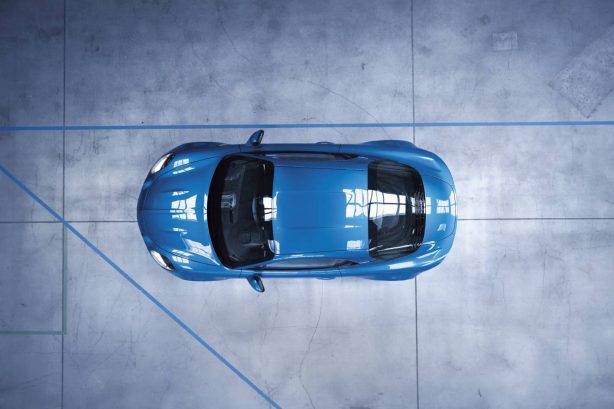 Looking nearly identical to the Vision Concept that spawned it in 2016, the Alpine 110 is set to take on the likes of the Alfa Romeo 4C and Porsche 718 Cayman with the brand’s core principles of compact size, light weight and agility. It combines modern design language, materials and technologies with the efficiency of size, shape and profile that marked the original A110 Berlinette.

Tipping the scale at just 1,080 kg, the Alpine 110 rides on an aluminium platform with a front to rear weight distribution of 44/56. Its mass is concentrated around the centre of the car, with the fuel tank behind the front axle and the engine in front of the rear axle. To improve driving feel, the double wishbone suspensions are mounted on the front and the rear axles. 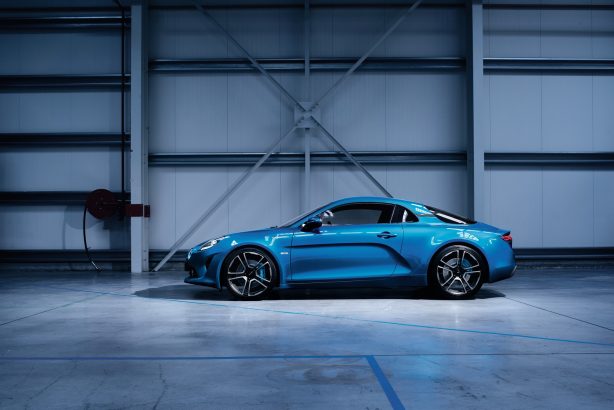 Power comes from a 1.8-litre turbocharged engine delivering 185kW of power and 320Nm of torque, with specific air intake, turbocharger, exhaust system and engine tune. The combination of minimum weight and strong engine output delivers a competitive kg per kW ratio of 5.8 and acceleration from 0 to 100km/h in 4.5 seconds. The engine is mated to a Getrag seven-speed wet-clutch DCT gearbox.

With a completely flat floor and functional diffuser under the rear bumper, the A110 combines low drag with significant down force. It maxes out at a top speed of 250km/h without the need for a rear spoiler. With a Cx value of only 0.32, the A110’s drag is claimed to be among the lowest in the sports car segment. 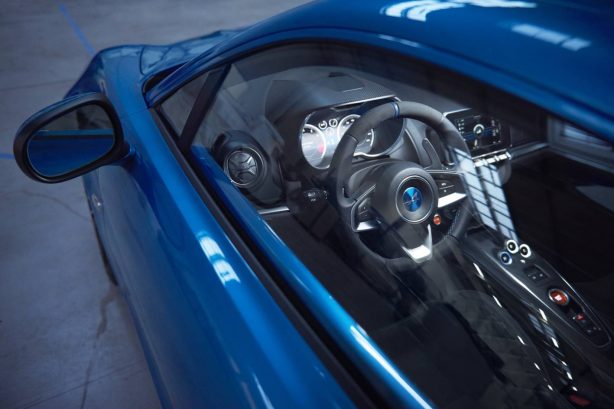 The Alpine A110 has been designed and engineered in France by a dedicated Alpine team, with the full support of Groupe Renault’s expertise. The new car will be built in the Alpine factory in Dieppe (Normandy, France), its historical and spiritual home.

Australia is the second market outside Europe to be confirmed and one of only three right-hand drive countries to launch the Alpine A110 to date. The launch model for Australia will draw its inspiration from the European ‘Premiere Edition’, featuring:

Full details of Australian specifications will be revealed closer to the arrival of vehicles. As an indication, Renault Australia expects to be able to bring the car to market at an estimated Manufacturer’s List Price of between $90,000 and $110,000 (excluding dealer delivery and statutory charges).