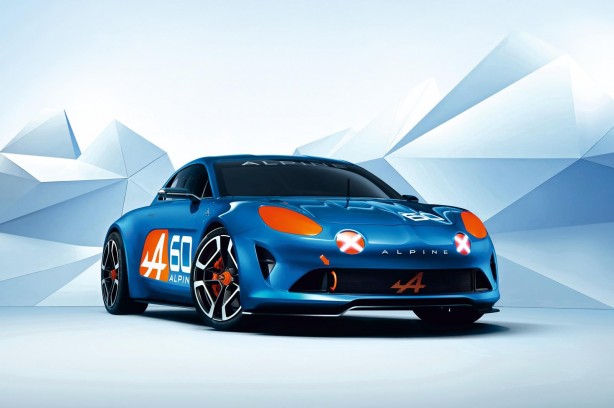 Renault has taken the wraps off the Renault Alpine Celebration concept at Le Mans. The concept is created celebrate Alpine’s 60th birthday and previews next year’s road-going sports car. 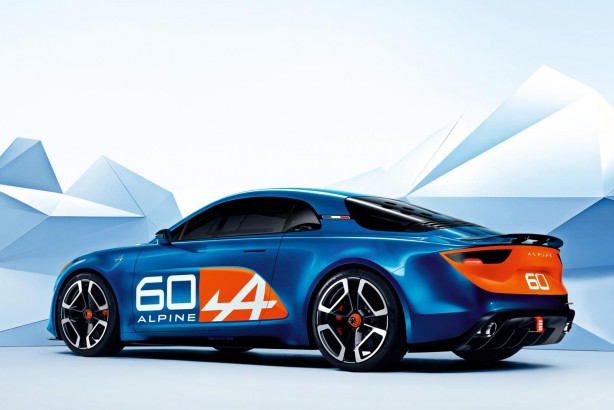 The concept features a blue and orange livery and masked double headlights that are synonymous with Alpines of old. Even the alloy wheels remind one of the A110 and A310 of the 1970s. Modern touches include orange brake calipers, a fixed rear wing, twin tailpipes and a rear diffuser with an F1-style central fog lamp. 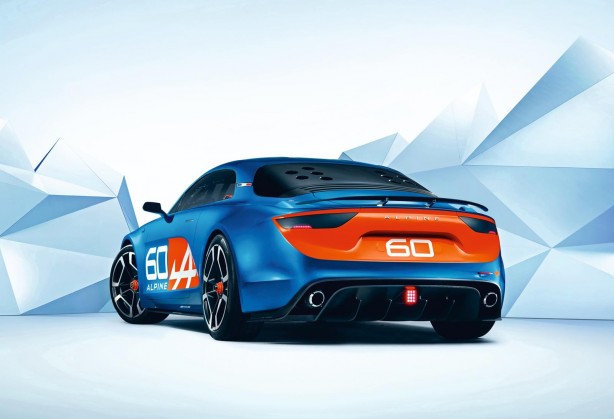 Renault has not release any detail about the concept’s powertrain but says the mid-engined car features air intakes in the rear quarter panels to aid cooling. The car’s engine cover is also visible through the louvred motifs of the rear screen.

The production version is expected to weigh approximately 1,100kg and adopt a rear-wheel drive layout.

Previous 2015 Ford Everest pricing and specifications. On sale October
Next Honda Accord Hybrid joins range from $58,990