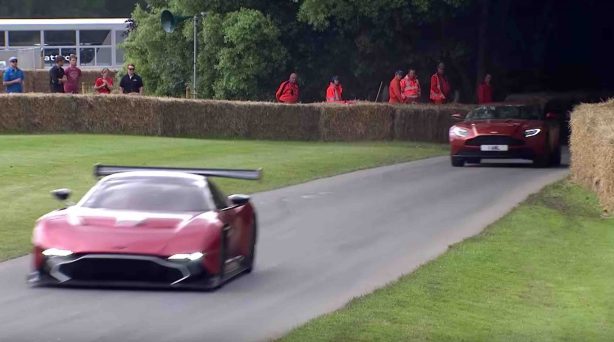 Fresh out of the Geneva Motor Show, the Aston Martin DB11 stretches its legs taking on the Vulcan track beast at the Goodwood Festival of Speed.

The new DB11 is the most powerful production DB to date, with its 5.2-litre twin-turbo V12 engine producing a massive 447kW and 700Nm of torque. Paired with a ZF-sourced eight-speed automatic transmission, the DB11 launches from rest to 100km/h in just 3.9 seconds. 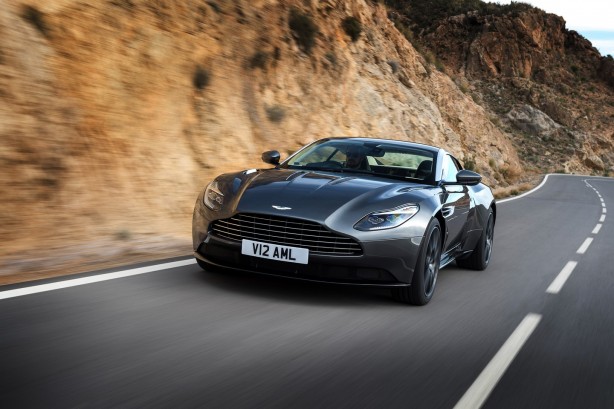 Its adversary on the day, the Aston Martin Vulcan. It’s said to be the most intense and exhilarating creation of the company to date. Limited to only 24 examples, this track-only supercar is quite possibly one of the most sought after supercars on the planet.

At its heart is the companies most potent naturally-aspirated 7.0-litre V12 petrol engine which produces more than 596kW. The powerplant was developed in collaboration with Aston Martin Racing, the front mid-engined, rear drive supercar sees its power-to-weight ratio exceeding those of the GTE cars that compete in the FIA’s annual World Endurance Championship.

Despite the difference in power, the DB11 does remarkably well against its track-ready brethren.

Check out the videos below.