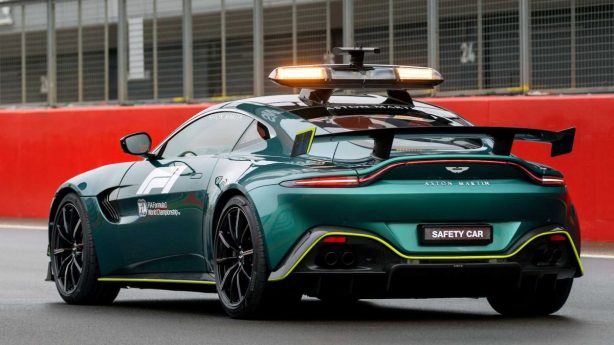 The 2021 Formula 1 World Championship will be welcoming a new safety car in the form of a specially-equipped Aston Martin Vantage.

Dressed in Racing Green, the team colour of the Aston Martin Cognizant Formula One Team and complimented with Lime Essence accents, the special Vantage is equipped with a raft of modifications in order to fulfill its new role on the track, including a roof-mounted LED light-bar sitting atop a carbon fibre plinth. 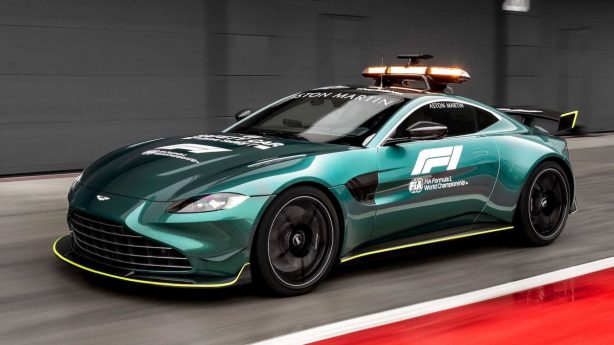 And it’s no conventional light bar, either, as it has been designed to offer the least possible aerodynamic resistance and optimise airflow towards the rear wing. The rear wing is also equipped with a rear-facing camera that provides a live feed into a secondary rear-view camera in the cabin.

The Vantage Safety Car has also undergone a series of chassis and aerodynamic improvements to make it fit for purpose, including a new front splitter that adds 60kg of extra downforce over the road-going Vantage. 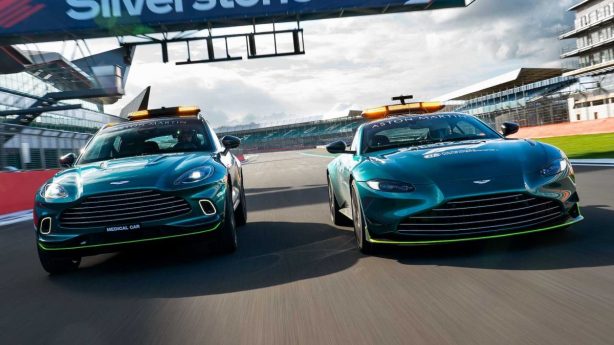 Inside, the interior is equipped with a pair of FIA-approved racing seats with six-point safety harness, while the centre console features a switch control system for various functions, such as radio communications, car siren and activation of the light bar. 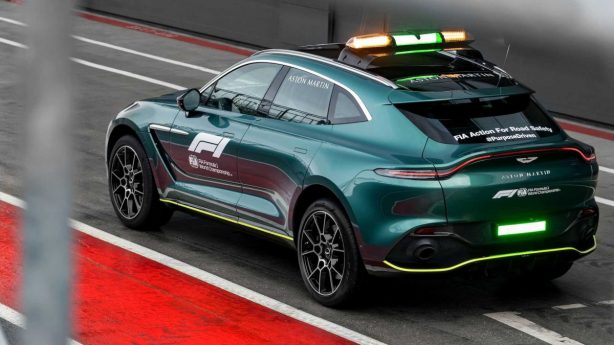 Joining the Aston Martin Vantage Safety Car on the field will be an Aston Martin DBX, which plays the role of official medical car.