Holden Trailblazer snapped on Oz roads ahead of late 2016 arrival 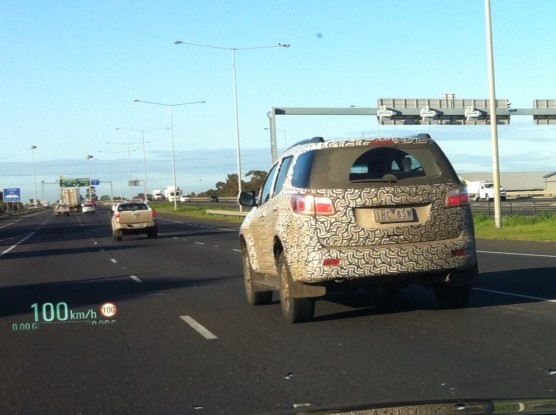 Holden’s upcoming Trailblazer SUV is not due to arrive into Australian showrooms until the fourth quarter of this year, but an early specimen has been caught today testing on Australian roads. Accompanying the SUV ahead was its ute equivalent.

It’s speculated the pair were in Melbourne undergoing local chassis tuning on various types of roads including off road tracks. When it arrives in late 2016, the Trailblazer will take over the mantle of the company’s full-size SUV from the Colorado 7, bringing an extra dose of luxury to the seven-seater in the process.

With a more sophisticated design, increased content and refined ride comfort, the new Trailblazer will be a significantly different vehicle to its Colorado 7 predecessor, according to Holden, catering for different customers and needs.

Aimed at a segment played by high flying rivals Toyota Fortuner, Mitsubishi Pajero Sport and Ford Everest, the new 2017 Trailblazer will be introduced to Australia with significant improvements to driving comfort, whilst retaining its adventurous, go-anywhere, spirit.

The Holden Trailblazer will debut a “sophisticated” new look with premium styling and promises advanced vehicle and connectivity technology, including Apple Carplay and Android Auto. Cabin comfort will also be a core focus through the use of premium materials and design throughout.

Official pricing and specification of the Holden Trailblazer will be announced closer to launch. 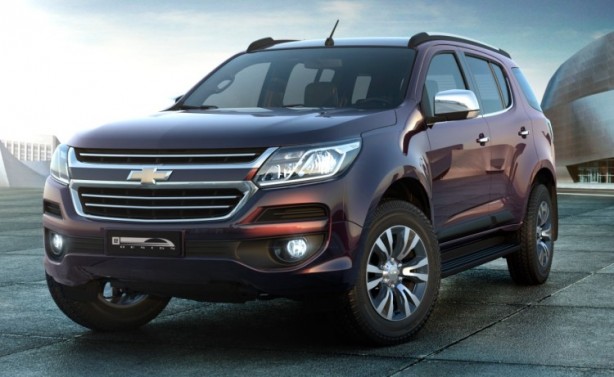