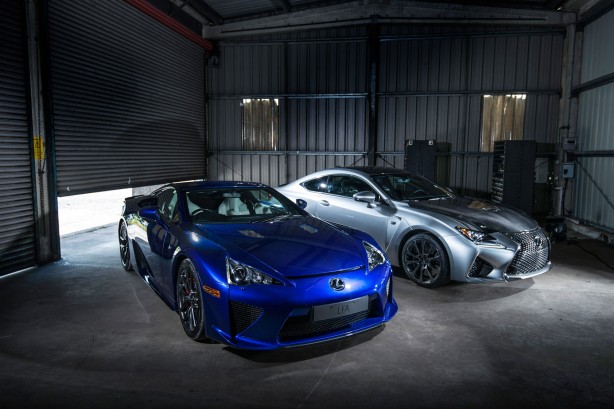 The Lexus RC F made its first driving debut at the 2014 Goodwood Festival of Speed, in the hands of former World Rally Champion driver Didier Auriol.

Due to enter full production in 2015, the RC F first made its debut at the North American International Auto Show earlier this year.

“I don’t know the Goodwood Hill Climb course very well but my overriding impression of the car was based around the engine. I think we have an engine with very good torque and power. In fact, the power just goes, goes, goes, all the way through; and because it shifts gears so quickly through the paddles it feels smooth yet relentless,” said Auriol after the blast up the world famous hill climb in the RC F.

“I wasn’t driving that fast but the car felt very progressive in its handling. It starts off feeling quite neutral but then when the back end did break away it felt so predictable it was like I didn’t have to counter with much steering.” 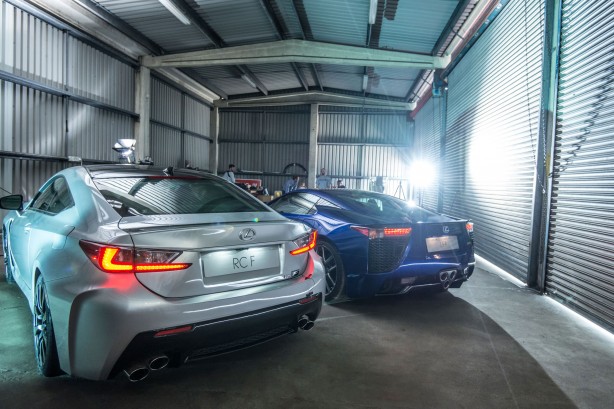 While Lexus has declined to release specific performance figures, the RC F promises to be the most powerful V8 performance car ever developed by Lexus, equipped with a 5.0-litre V8 engine with “well above 330kW (450hp) of power and 520Nm of torque” that could enable it to accelerate from 0-100km/h in 4.5 seconds and en route to a top speed of 300km/h (186mph).

This level of performance puts the RC F in a direct crash course with the BMW M4 and the upcoming Mercedes-Benz C63 AMG coupe.

On display at the grounds of Goodwood Estate, the carbon fibre edition RC F was “accompanied” by its inspirational sibling, the Lexus LFA, which has been brought in as a special appearance at the event.