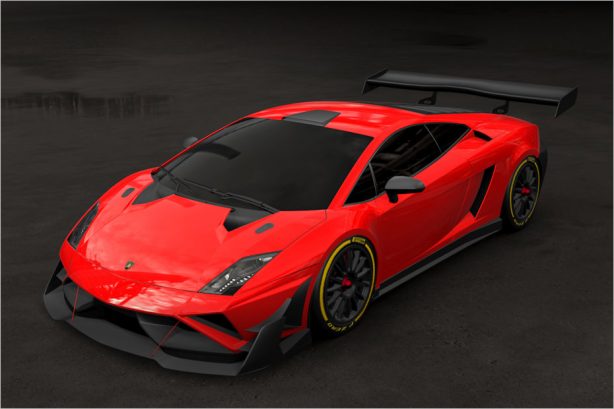 Lamborghini has unveiled the 2013 race-prepped version of its facelifted Gallardo that will compete in this year’s FIA GT3 races.

New and improved aerodynamics can also be seen in the new racer, with a new front splitter a carbon fibre rear diffuser. The new car is also 25 kilograms lighter than last year’s version.

The 2013 Lamborghini Gallardo GT3 FL2 is priced at €320,000 with racing teams expected to take delivery of their cars in March.