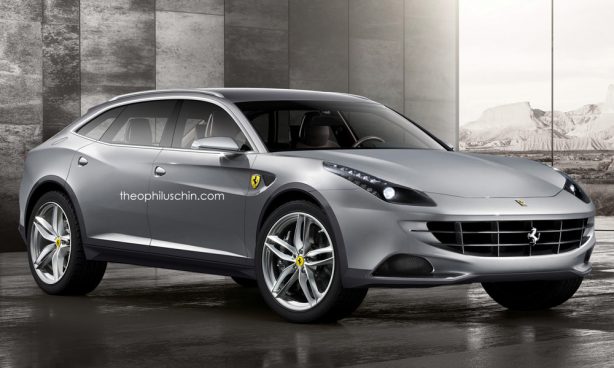 YES. NO. MAYBE…. Ferrari’s stand on whether to join the SUV fray has finally come to an end, with company CEO, Sergio Marchionne, confirming a prancing horse SUV is on the way.

“Ferrari is beyond just considering an SUV and will take about 30 months to decide on production, which will be limited to preserve exclusivity.”

“We’re dead serious about this. We need to learn how to master this whole new relationship between exclusivity and scarcity of product, then we’re going to balance this desire to grow with a widening of the product portfolio,” Marchionne told Bloomberg.

Rumours of Ferrari entering the SUV race has been around for several years, although the Italian supercar maker has repeatedly denied such a plan.

Marchionne declined to go into specifics of the model he referred to as an “FUV”, but previous reports have suggested the crossover will sit on a lightweight aluminium platform and come in the form of a “high-riding coupe” with suicide rear doors. It is expected to be motivated by a V8 or a hybrid powertrain.

Ferrari’s entry into the SUV realm will see it compete with the Bentley Bentayga and upcoming Lamborghini Urus and Aston Martin DBX.