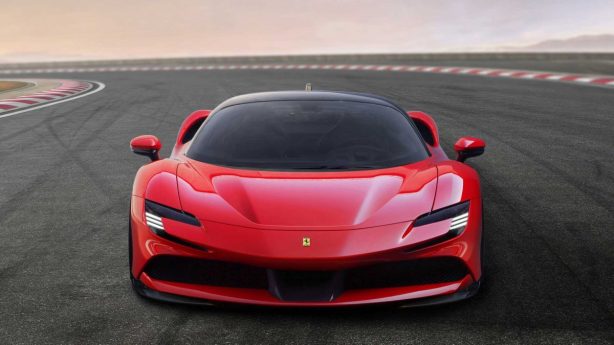 Ferrari has lifted the lid on not only its first plug-in hybrid, but also its most powerful road car yet – the SF90 Stradale – which attempts to bridge the gap between its screaming petrol-powered past and its electrified future.

Positioned stylistically as an evolution of the 488 and F8 Tributo’s design language, the SF90 will take the place of the LaFerrari as the company’s hybrid flagship and most powerful model.

However, unlike the LaFerrari, which was sold exclusively to Ferrari’s most highly-regarded and long-standing customers, the SF90 Stradale will be available to anyone who can pony up the cash for it. 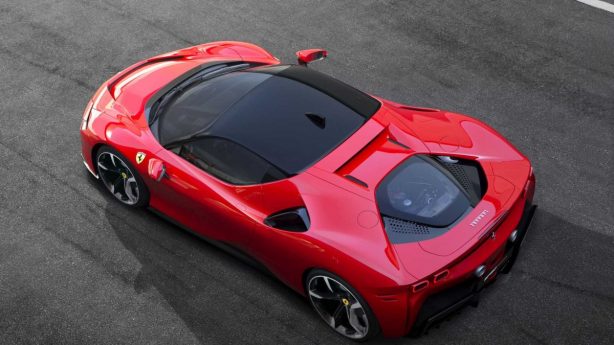 At the heart of the SF90 is the company’s now-familiar 3.9-litre twin-turbocharged V8 – albeit sporting new injectors and redesigned combustion chambers – which, in this guise, churns out 573kW and 800Nm, which is channeled to the rear wheels via a new eight-speed dual-clutch transmission.

But wait, there’s more – an additional electric motor driving the rear wheels and a pair of them driving the front wheels, giving the SF90 all-wheel drive, add an extra 162kW into the mix, taking its combined power output up to a whopping 735kW.

Thanks not only to the power but to its transmission and all-wheel drive situation as well, the SF90 Stradale will supposedly launch itself from 0-100km/h in a stomach-churning 2.5 seconds, before pushing on to a top speed of 340km/h. 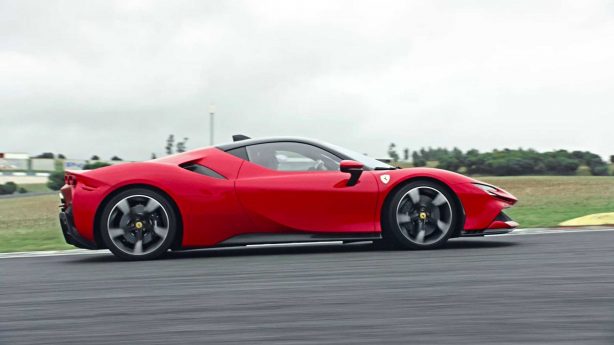 The SF90’s electric motors mean it can also be driven silently on electric power alone for up to 25km when fully charged at speeds up to 135km/h.

To keep the overall weight of the SF90 down due to the natural increases thanks to its heavy battery packs, numerous weight-saving measures have been taken. The new gearbox is 10kg lighter due to not having a reverse gear, instead using the electric motors to back it up, while the Ferrari-first mixed-material carbon-fibre and light alloy space frame construction ensures it tips the scales at just 1570kg.

Additionally, a lightweight version of the SF90 will go on sale alongside the standard model from the get-go. Dubbed the Assetto Fiorano, it will sport a more aggressive aero package, additional carbon-fibre bodywork including the doors and underbody, multimatic shock absorbers, and a titanium exhaust to see it shed a further 30kg. 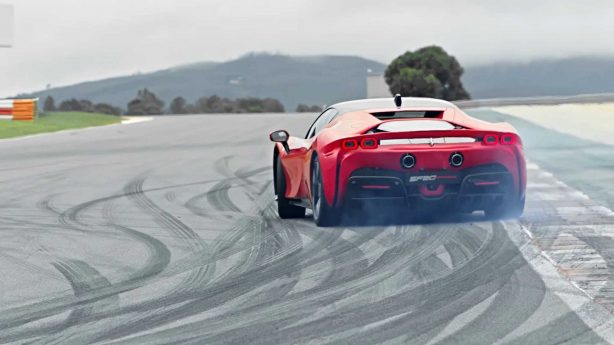 Pulling the SF90 Stradale to a stop are a set of fly-by-wire Brembo brakes, with 398mm discs up front and 360mm discs in the rear, which are enough to see it shave two metres off the LaFerrari’s 100-0km/h stopping distance.

If you’re wondering about the origins of the name, Ferrari is looking to their history with this one as it commemorates the 90th anniversary of the company’s Scuderia Ferrari Formula 1 team. Perhaps that’s why it also adopts some F1 tech in the way of an adjustable DRS rear wing to reduce drag when retracted but add as much as 390kg of downforce when deployed. 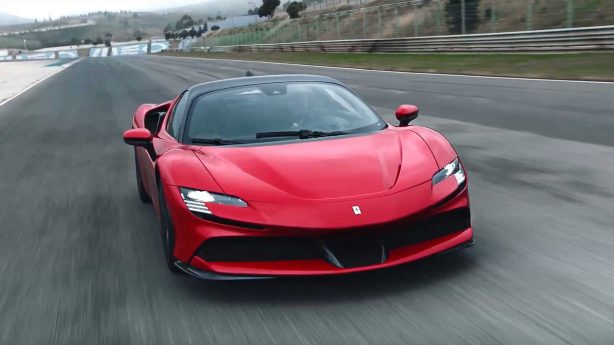 Ferrari, perhaps unusually, isn’t looking to the past with who its hoping to buy the SF90 Stradale, however. With the company’s CEO Louis Camilleri noting at the SF90’s launch that around 65 per cent of all Ferrari’s sold are to existing customers, 40 per cent of whom own more than just the one, the SF90 is aimed at attracting new customers to the prancing horse brand by way of its EV push.

Regardless, those customers will need to have deep pockets to cop one of these. Official pricing is yet to be announced, but the company has noted it will be positioned between the 812 Superfast and the LaFerrari. As such, you can expect a starting price of around A$1.5 million.