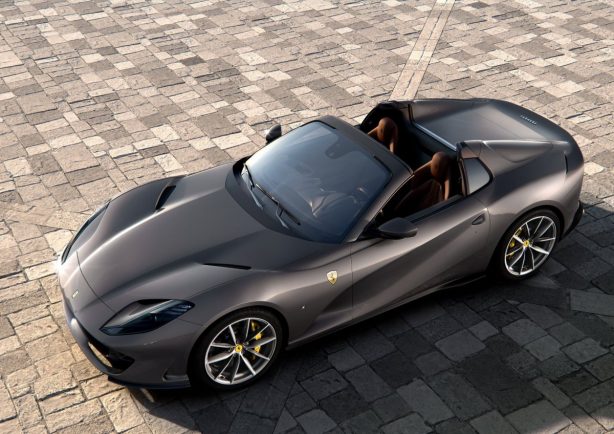 Ferrari has unveiled the 812 Superfast’s topless sibling, the 812 GTS which will enter production as a series production model.

Presented at an exclusive event last week, the GTS is essentially a twin of the Superfast under the skin, sharing its naturally aspirated 6.5-litre V12 producing 580kW at 8,500rpm and 718Nm of torque at 7,000rpm, making it the most powerful series-production drop-top in the world. 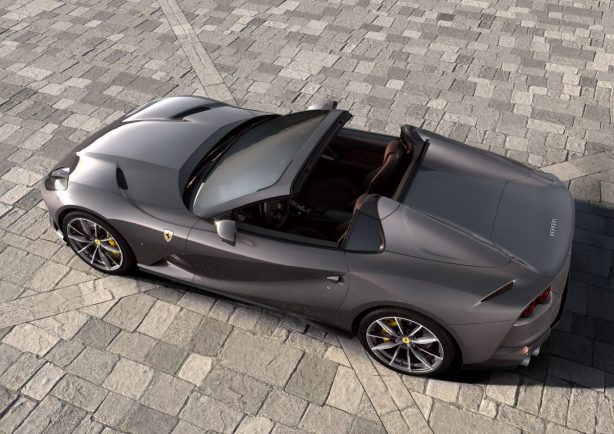 Like all modern drop-top Ferraris, the GTS comes equipped with a folding hard top that opens or closes in just 14 seconds at speeds of up to 45km/h. The car also comes with an electrically operated rear screen that acts as a wind buffer when the roof is down. It can also be lowered when the roof is up to let me the glorious V12 soundtrack from behind.

To accommodate the hard top, the 812 GTS gains a restyled rear end featuring two buttresses and a new tonneau cover and luggage compartment. To compensate for the deletion of the Superfast’s aero by-pass above the rear fenders, the GTS’s rear diffuser has also been reshaped and gets an additional flap. 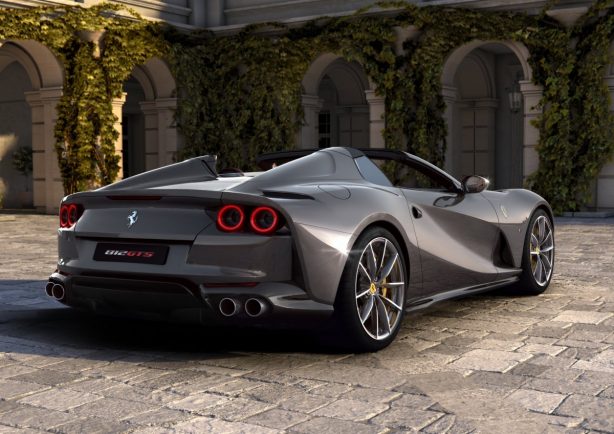 Other aero highlights include two small L-shaped flaps on the upper corners of the windscreen to help reduce turbulence and aerodynamic noise for a quieter cabin at high speeds.