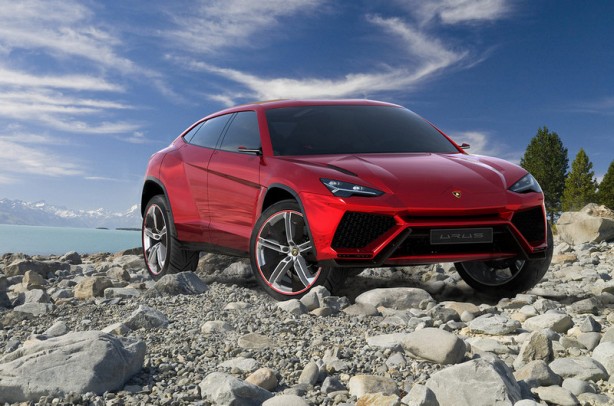 That’s exactly what the Italian company is planning to do and this is the concept – the Lamborghini Urus, a 600-horsepower, carbon fibre SUV. Showed off for the first time at the 2012 Beijing Auto Show, the Urus is targeted at the burgeoning Chinese market as well as the U.S.

Lamborghini plans to position the 4-seat super SUV well above the Porsche Cayenne and Range Rovers. The company is aiming to sell 3,000 – 3,500 units of the Urus, more than double the total number of vehicles it sold last year.

It is hoping the Urus will bring in the profits that sister company, Porsche has been reaping since the introduction of its highly popular Cayenne. It will also serve to widen Lamborghini’s customer base. 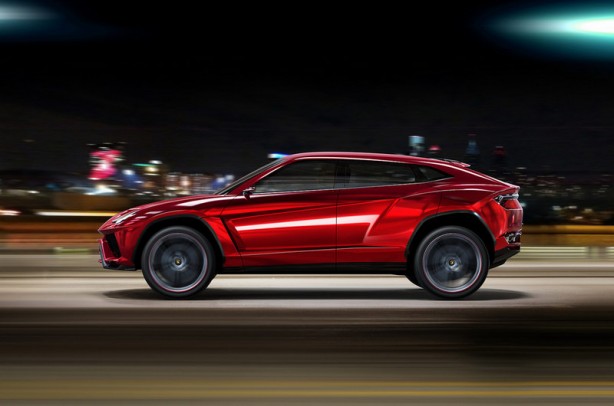 What’s more, being part of the Volkswagen Group empire, it would have already got a platform to build on. Audi’s new MLB platform is set to underpin the next generation Q7, VW Touareg and Cayenne. If the Urus gets the VW Group production approval, it will likely share the same platform.

In order for Lamborghini to stand out from the already crowded luxury SUV market, it has no choice but to make the Urus the fastest accelerating and best-handling soft-roader in the world.

Company CEO, Stephan Winkelmann confirmed that the Lamborghini Urus will accelerate from 0 – 100km/h (62mph) in around 4 seconds, and will seat 4 adults comfortably.

The company is tight-lipped about the SUV’s powerplants at this stage. However, Lamborghini Head of R&D, Maurizio Reggiani admitted it could be “derived from VW Group developments in that area” and will generate 600 horsepower. One thing is for sure though, the Urus will be petrol powered with the possibility of some performance-boosting electrical hybrid system.

Power-to-weight ratio is also a priority for the group. The Urus is set to utilise carbon fibre for its structure extensively. Elements in the dashboard and central tunnel will also be made of the same material, thus saving around 220 pounds (100kg). 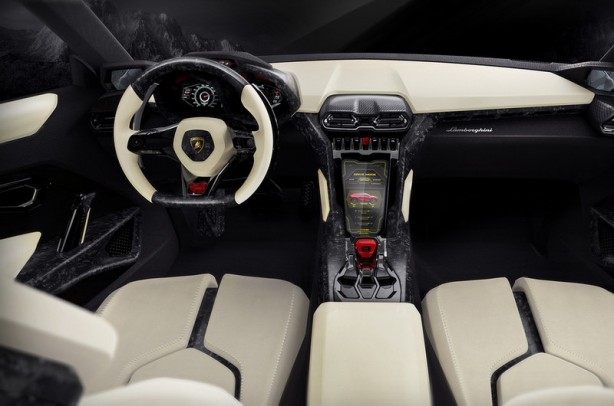 The braking system on the concept has been pinched from the Aventador and the SUV sits on adjustable suspension rolling on huge 23-inch rims wrapped in Pirelli Scorpion Zero 305/35 ZR23 tyres.

The all-wheel-drive system is designed to be rear biased to counter the MLB’s nose-heavy weight distribution and to meet its design brief of supreme handling. Again, at this stage, Lamborghini is coy about what gearbox the car might use.