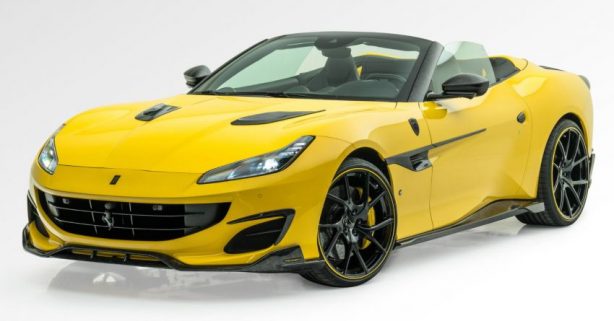 The Ferrari Portofino is already a stunning car straight out of the factory but that doesn’t stop Mansory from tinkering with the supercar, and we must say, the result is extraordinary.

Starting with the styling, the German company is has reworked the Portofino’s entire retractable hardtop, which is now made of dark forged carbon. The result is a lighter roof than the stock model, enhancing the car’s centre of gravity even further. 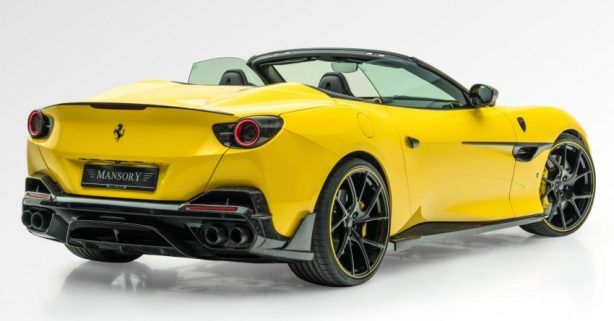 The same lightweight material is also used for the front spoiler lip, bonnet air vents, side skirts, side vents and mirror caps. If you spotted more of the material elsewhere on the car, well done, as the pillars, discreet bootlid spoiler and the prominent diffuser that is part of the rear apron are all made of the stuff.

Completing the exterior makeover is a set of lightweight forged wheel that follow the company’s YT.5 design first used on the F8 Tributo-based F8XX. They measure 21 inches at the front, and 22 inches at the rear and wrapped in high-performance tyres. 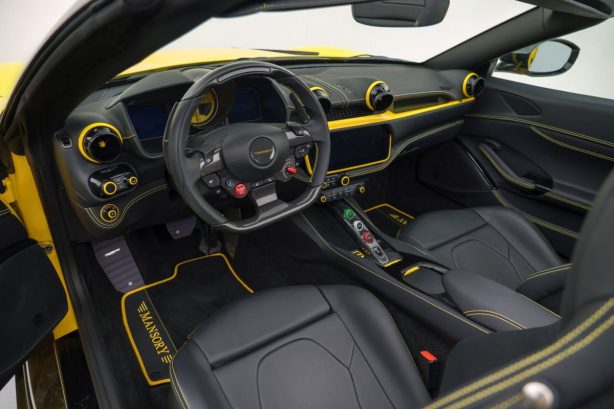 Inside, the all black interior is contrasted with body-coloured trims, including the air vents and infotainment screen surrounds, seat pipping, and control knobs, while the three buttons to control the dual-clutch transmission get colours from the Italian flag – green, white and red.

Mansory has also rebranded the steering wheel boss and floor mats with their own brand. 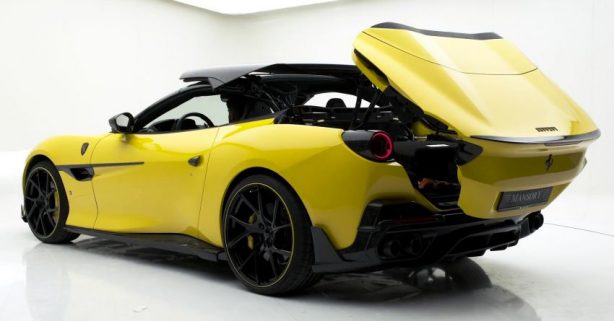 The stunning looks are matched with a tweaked 3.9-litre twin-turbo V8 with a reworked engine management system and exhaust system. The result is a better soundtrack along with 530kW of power and 890Nm of torque, up from 441kW and 760Nm.

Mansory claims their Portofino will complete the century sprint in 3.0 seconds en route to a top speed of 334km/h. For reference, the stock model accomplishes the same feat in 3.5 seconds and 320km/h.