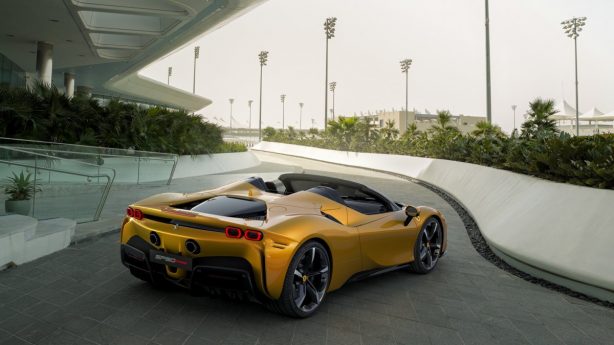 The Ferrari has introduced a droptop variant of the SF90 Stradale, making it the company’s first plug-in hybrid spider.

Known officially as the SF90 Spider, it features the same heavily electrified powertrain as the Stradale – combining a twin-turbo V8 engine producing 574kW with three electric motors that puts out an additional 162kW for a mighty combined output of 736kW and 900Nm of torque.

Power is channeled to all four wheels via Ferrari’s latest eight-speed dual-clutch transmission, enough to propel the SF90 Spider from 0-100km/h in a mere 2.5 seconds. 0-200km/h comes in at a breathtaking 7 seconds, while top speed is rated at 340km/h. 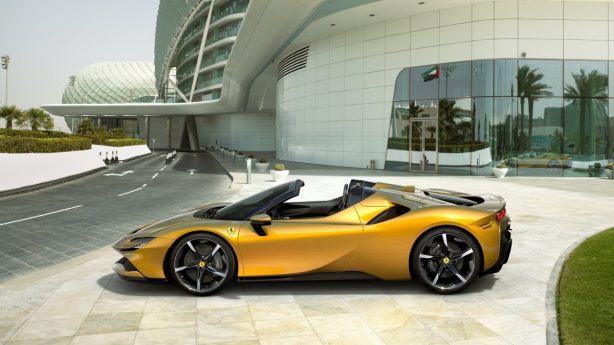 That’s despite a weight penalty of 100kg compared to the fixed-roof model’s 1,570kg kerb weight due to the obligatory chassis reinforcements and the roof mechanism.

Besides the different roof, Ferrari says the Spider’s cockpit has been shifted forward along with a greater raked windscreen compared to the Stradale. Its roof has also been lowered by 20mm, while the A-pillars are made thinner. 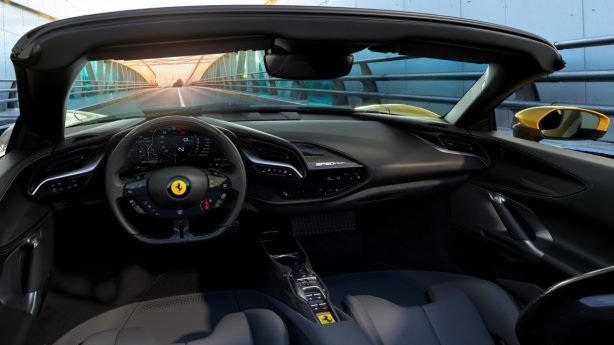 Inside, the cabin remains unchanged with the same 16-inch curved high-definition digital instrument cluster and touch-sensitive controls on the steering wheel and dashboard.

Customers can also order the optional Assetto Fiorano pack for their SF90 Spider, which brings a set of Multimatic dampers optimised for track use, a 21kg weight reduction courtesy of carbon fibre and titanium throughout the car, a carbon fibre rear spoiler and stickier Michelin Pilot Sport Cup 2 tyres. Ferrari also offers a two-tone livery with the Assetto Fiorano pack.