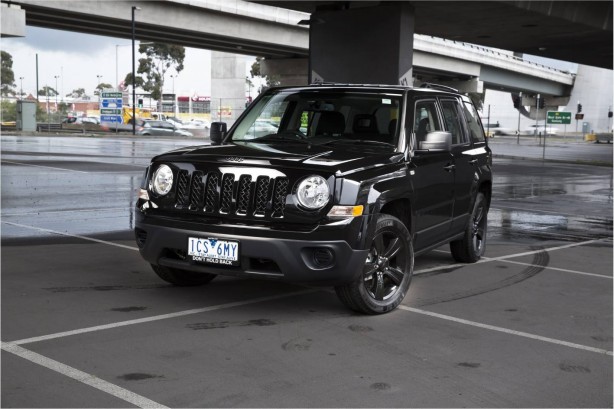 Twenty years ago, the Jeep Patriot would have been considered great. Back then, midsize SUVs only had to look tough and be practical enough for fishing trips. Nevermind if it is styled like boxes on wheels and sounded like the original 1941 Willys MB Jeep, as it’s only driven past your neighbours twice a week.

But it’s 2015. The compact SUV segment is booming faster than ever before, with a slew of new nameplates joining the party – Mazda CX-5, Kia Sportage and Ford Kuga, just to name a few. The Jeep Patriot may still be purchased as brand new from a showroom floor, but it already looks behind the times.

However, the Patriot has one drawcard. At $25,700, it is the cheapest midsize SUV on sale today. This amount gets you the entry-level six-speed manual Sport model. The range is topped off by the Limited model, the only all-wheel-drive variant in the lineup, with a sticker of $34,000. 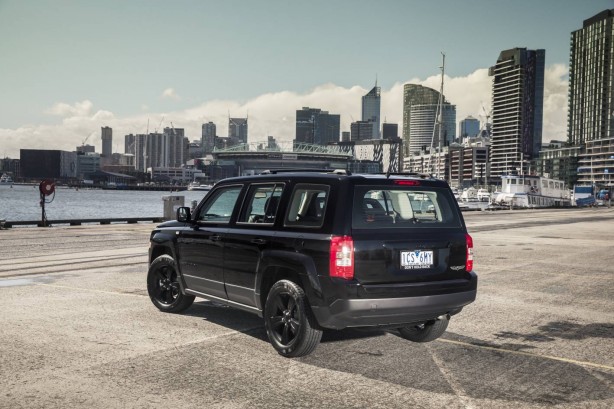 Since its introduction in 2007 (yes, it’s been 8 years without an all-new model), the Patriot has gone through several updates. The latest sees the addition of the $28,900 Blackhawk variant to the range, which is what we have on test here.

You can specify any body colour you want as long as it’s black (of course!). The special edition model is also only available exclusively in a CVT automatic matched with a 2.0-litre four-cylinder petrol engine.

Jeep says street appeal is a consideration for many buyers and that the Blackhawk Edition models provide a “value-packed comprehensive package” when customers are seeking a bit of individualisation. All is good, but the conventional six-speed automatic in the range should be picked for the Blackhawk treatment, not the CVT, which feels lethargic to drive and is drony under hard acceleration. 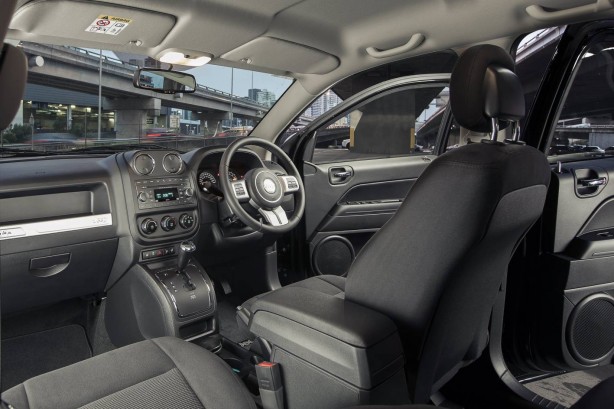 The 2.0-litre four produces 115kW and 190Nm, which is adequate for the urban commute, but its refinement and technology is simply outclassed in this highly competitively segment. Its fuel economy, rated at 8.3L/100km in the combined cycle, also trails most rivals, not helped by the supposedly fuel-saving CVT box.

The Jeep Patriot is based on the same platform as the now defunct Dodge Caliber, which is not a good base to begin with. So, it’s no surprised the Patriot is lacking the dynamics we have come to expect from a Jeep. There is just too much body roll around the bends and the steering feels aloft and disconnected. That being said, the softly sprung Patriot does offer a plush ride around town and on highways. 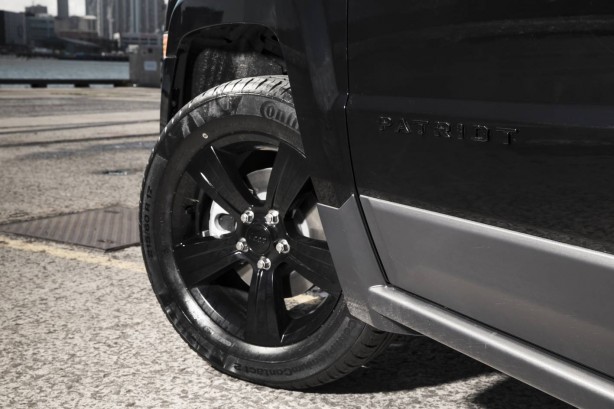 Like the rugged exterior, the Patriot’s angular cabin looks tough, though the design feels like a generation behind its competitors. Hard plastics adorn most surfaces, which aren’t the most inviting but at least they are easy to clean. From the driver’s perspective, the controls are easy to use and visibility is good all round.

Load space is deep and flat with the rear seats folded but the vertical plane is confined by the high floor covering a full-size spare wheel. There are also many storage compartments on-board to cater to a family’s diverse needs.

Despite its low starting price, the Patriot is not deprived of equipment. Standard features include cruise control, hill-start assist, climate control, Bluetooth and iPod connectivity, and a Uconnect CD/DVD/MP3 infotainment system. There is also a clever removable cargo-area lamp that pops out from its charging base to become a LED flashlight.

The Jeep Patriot’s new revitalisation and affordable pricing are welcoming but it still needs much more to make a dent in the compact SUV segment, especially against the more polished rivals.

Perhaps, this can only be accomplished with an all-new model.