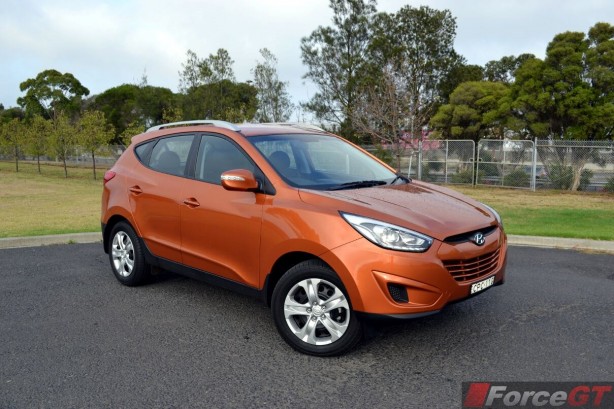 The Hyundai ix35 replaces the Tucson as the Korean carmaker’s second attempt at the highly competitive compact SUV segment. Going against the likes of Nissan Qashqai, Holden Captiva 5, Ford Kuga and Mazda CX-5, the ix35 promises to offer style, practicality and versatility in an affordable package.

2014 sees the introduction of the ix35 Series II with substantial upgrades including a pair of direct-injected petrol engines.

Prices start from $26,990 for the base 2.0-litre petrol front-wheel-drive with 6-speed manual to $40,990 for the top spec 2.0-litre turbo diesel four-wheel-drive. The ix35’s sharp pricing against its rival is no doubt, but competing against more established models such as the Mazda CX-5 and Nissan Qashqai needs more than just low price.

The ix35 looks the part amongst the pool of generic looking SUVs currently on the market, thanks to its flamboyant and unbending design, an expression of the company’s ‘fluidic’ design language.

The interior mimics the outside with a daring interpretation of modern design. Despite looking a bit cluttered, the dashboard still retains a functional layout of controls and switchgear.

Updates for 2014 include new seat upholstery on entry-level Active and new soft-touch front and rear upper door trims on the Elite and Highlander variants. The front cupholders have been reshaped and now feature mood lighting. 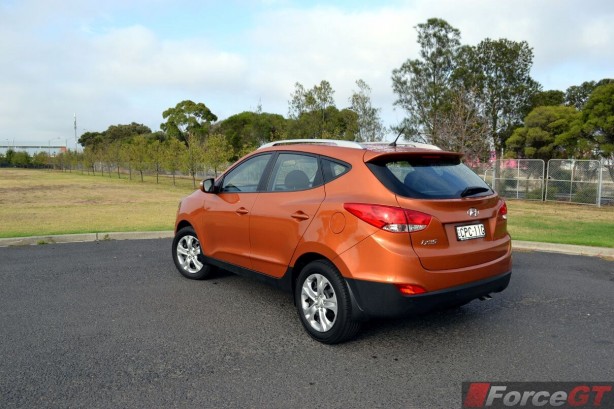 For a crossover, the ix35 has loads of head and legroom for all of its five passengers its designed to carry, although the middle rear seat is more suited for a child than an adult. Storage pockets and compartments are plenty throughout the cabin and the doors open wide enough for easy access.

Rear cargo space is also one of the most generous in its class with 465 litres, which can be extended to 1436 litres with the rear seats folded.

The 2.0-litre direct-injection four-cylinder petrol we tested develops 122 kW and 205 Nm, an increase of 8 Nm over its multipoint-injected predecessor. It is the only engine available for front-wheel-drive models.

The new mill is adequate for the daily urban commute, although it feels uninspiring and the top end of the rev range is slightly flat.

The six-speed automatic is smooth and works well with the engine but shifts are vague and slow. A new six-speed manual gearbox, replacing the ancient five-speeder, is also available. 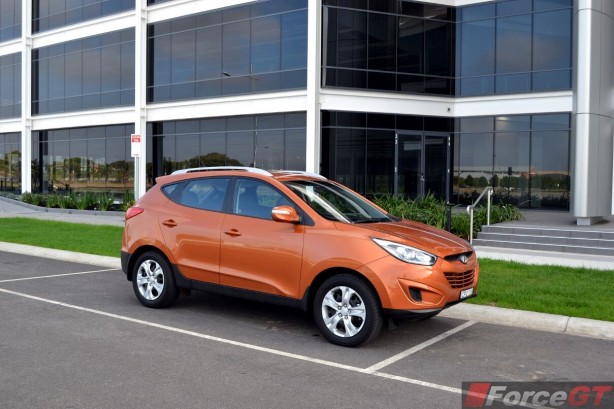 The ix35’s ride can be busy at suburban speed. On rough surfaces, its ride quality is less refined than its key rivals.

To its credit, the handling on B roads is very composed with good body control. On the freeway its firm suspension translates to a stable ride.

The weakest link in the whole chassis package is the steering, despite the tweaks it received in the update. It’s overly light and devoid of any useful feedback, which is a sharp contrast to its confident dynamics.

The ix35’s quality and reliability are major step forward compared to the previous model. Like most Hyundai models of late, fit and finish matches the top runners in the segment.

However, The otherwise solidly built interior is let down by the extensive use of hard-to-touch plastics and budget-looking instrumentations. Some switchgears and buttons also lack tactile feedback. 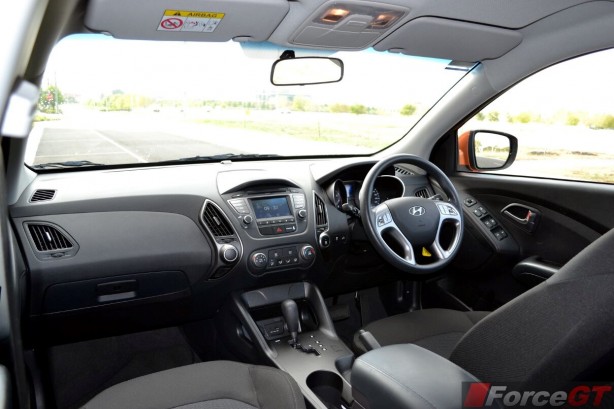 The 2.0-litre four-pot petrol we tested is not the most economical. With its key rivals boasting more efficient turbocharged petrol engines or advanced fuel-saving techs such as auto stop/start, higher compression ratio and regenerative braking, the ix35, despite now having direct-injection, still has some catching up to do.

Over our week-long evaluation, the ix35 recorded an average fuel consumption figure of 9.6L/100km against a claimed 8.4L/100km.

Equipment levels are generous in all but the base versions. The midrange Elite model is the best value with standard features such as sat-nav through a 7-inch touchscreen, keyless-entry push button start, cloth-leather appointed seats, electrically adjusted driver’s seat, dual-zone climate control, DVD player, cargo net and some exterior chrome applications. 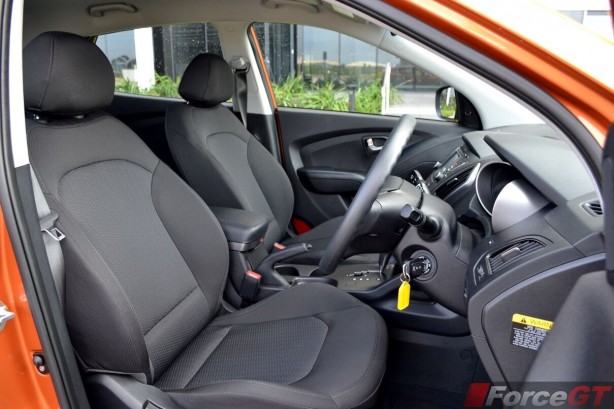 The Hyundai ix35 Series II is likeable for its spacious cabin, standout design and decent performance. With capped price servicing for 3 years and 5-year unlimited km warranty on top of its sharp pricing, the ix35 also undercuts its rival in the value proposition. However, its firm ride may be unsettling for some, and its fuel economy trails key rivals.