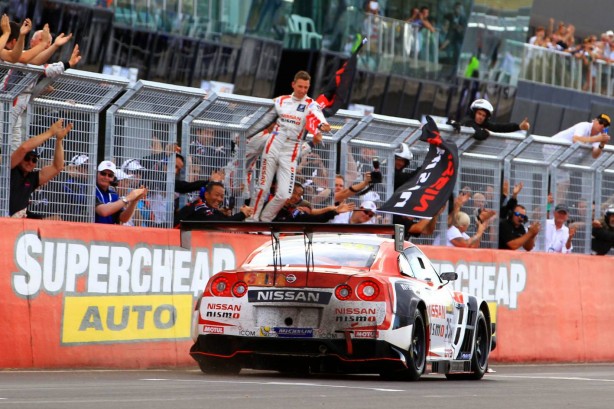 The Nissan GT-R has taken another significant victory at Mount Panorama after scoring a dramatic victory in the 2015 Bathurst 12 Hour yesterday.

After a race full of drama, crashes and Safety Cars, Japanese driver Katsumasa Chiyo passed an Audi R8 and a Bentley Continental GT on the penultimate lap to secure a remarkable win for the Nismo Athlete Global Team.

The victory for Chiyo and GT Academy winners Wolfgang Reip and Florian Strauss is the first time that the Nissan GT-R has won at Mount Panorama since the R32 Nissan GT-R took back-to-back Bathurst 1000 wins in 1991 and 1992, earning its nickname ‘Godzilla’. 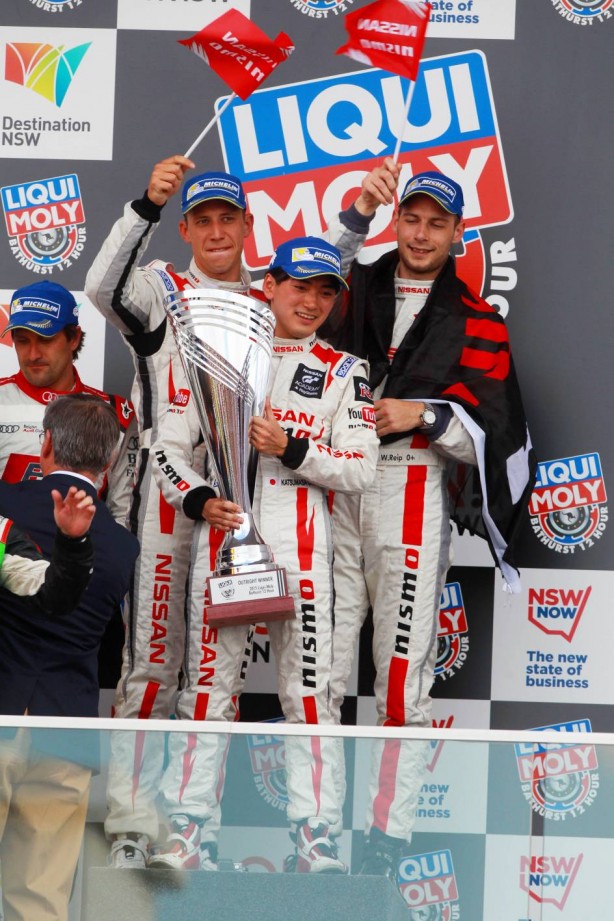 The crowd at the top of the Mount Panorama roared as Chiyo put the Nissan into the lead, a fairytale story after the car was damaged in a qualifying crash on Saturday, with repairs to the #35 Nissan GT-R Nismo GT3 only completed at 4:30am local time on Sunday morning.

Strauss was especially ecstatic to take victory, as he was a late recruit to the event when Alex Buncombe was unable to attend the event due to the birth of his first child. The young German driver has only been a racing driver for 18 months following his win in GT Academy in 2013. 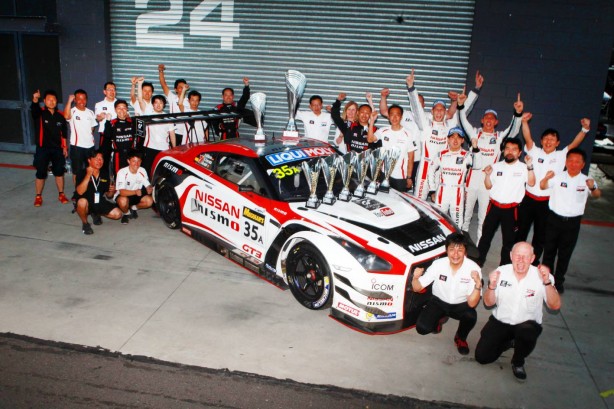 “It is just unbelievable because I couldn’t imagine that end of the race, with a strong Audi and Bentley and we are still in the amateur class,” said Chiyo after the race.

“The car is very good, it is very strong on the straight. I tried to imagine, it was just amazing, we couldn’t know what would happen in this race, but we just tried our best in the moment and then I had a chance in the final restart. It was just awesome. The car was amazing, and so was the team.” 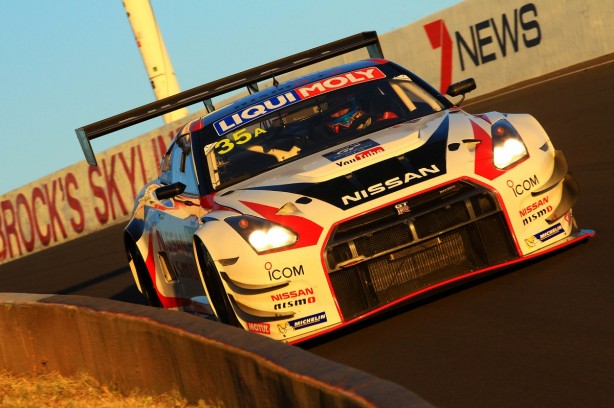