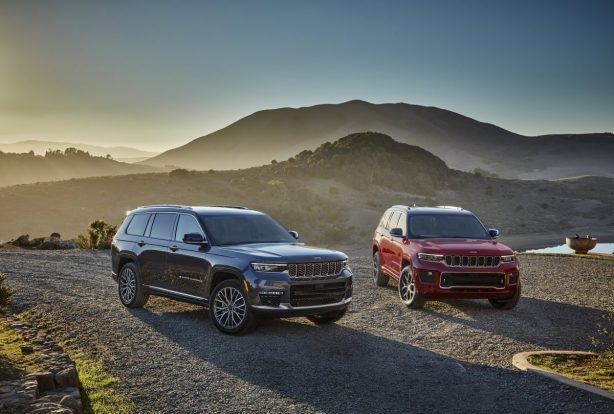 The all-new 2021 Jeep Grand Cherokee L has bowed in with more luxurious looks and three-row of seats.

Set to be sold alongside the current two-row model, the Grand Cherokee L features a front end styling that is inspired by the Grand Wagoneer concept with slim, horizontal headlights and Jeep’s trademark seven-slate grille.

Around the back, there is a pair slender rear LED taillights and integrated tailpipes, while the rear windscreen appears to wrap around the D-pillars for a wider look.

Measuring a whopping 5,204mm in length and sitting on a 3,091mm wheelbase, the Grand Cherokee L is 53mm longer than the BMW X7.

Inside, the large seven-seater is radically different from the standard Grand Cherokee, too, with a contemporary dashboard housing an 8.4-inch touchscreen and 10.3-inch configurable digital instruments cluster. Customers can also option an even larger 10.1-inch touchscreen, both of which use the carmaker’s latest UConnect 5 infotainment system with wireless Apple CarPlay and Android Auto. A night vision system is also available. 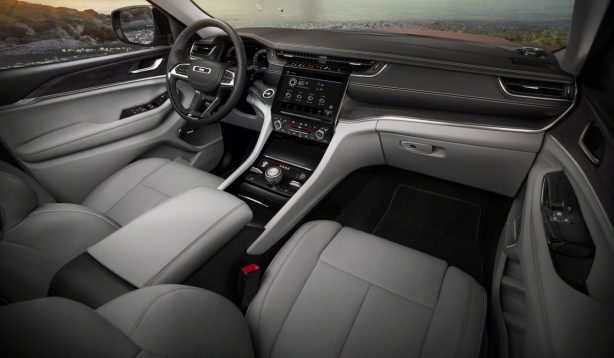 With all three rows of seats in play, there is 484L of luggage space, which expands to 1,328L when the third row is folded. Dropping the second row of seats increase it further to a massive 2,396L.

In the US, four variants will be offered, starting with the Grand Cherokee L Laredo that comes equipped with the aforementioned 8.4-inch infotainment screen, 18-inch wheels, and six-speaker audio system. 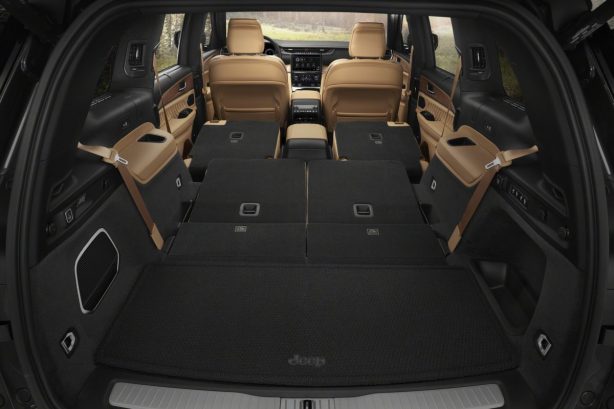 Next up the range is the Overland with 20-inch wheels, two-speed active transfer case and an electronic limited-slip rear differential available with an off-road package.

At the pointy end is the Summit which comes equipped with cooled front- and second-row seats, front seats with memory and massage function, a 19-speaker McIntosh audio system, Active Driving Assist and a 10.1-inch infotainment display.

Powering the Grand Cherokee L is Jeep’s Pentastar 3.6-litre V6 engine producing 213kW and 348Nm of torque. A 5.7-litre Hemi V8 putting out 263kW and 529Nm is also available. Both are married to an eight-speed automatic transmission with two wheel drive coming as standard, while four-wheel drive is offered as an option. 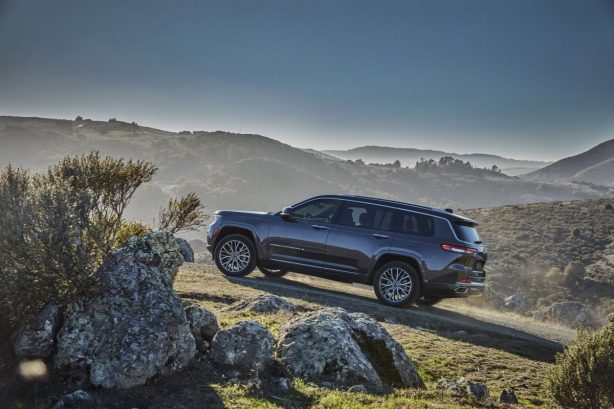 The model also features Jeep’s Quadra-Lift adaptive air suspension system that provides 211mm of ground clearance in standard mode, and 251mm in Off-Road 1 setting. This jumps to 272mm when Off-Road 2 is engaged. On the other hand, ride height drops by 20mm compared to the normal setting when in Aero mode.

The Grand Cherokee L is slated to arrive to Australian shores by the end of the year.