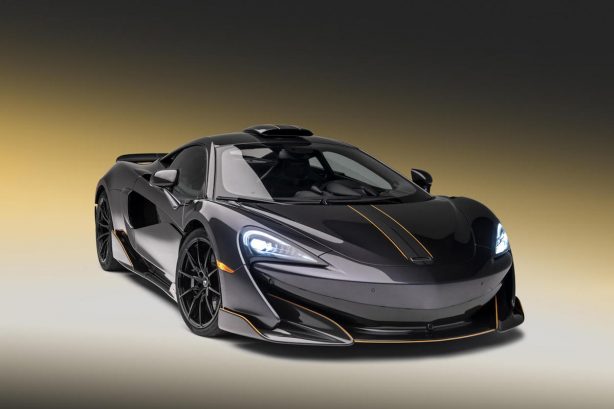 McLaren Special Operations (MSO) has unveiled a unique 600LT created for the Pebble Beach Concours d’Elegance event where it will make its public debut on August 26.

This particular example of the already exclusive 570S-based extended-wheelbase weapon, which is officially referred to as the McLaren 600LT in Stealth Grey by MSO, features a number of bespoke options from McLaren’s in-house customisation division that add up to transform the already handsome 600LT into the stunner you see here. 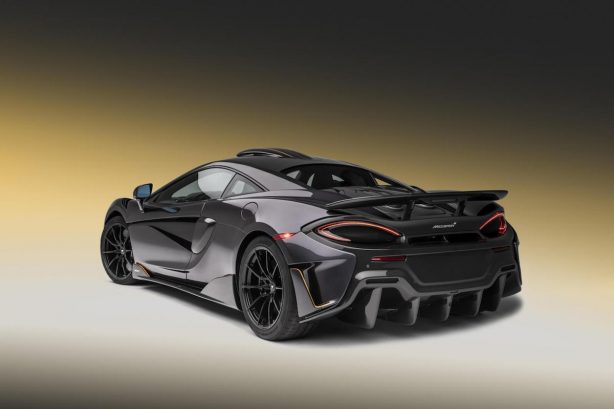 As its official title implies, the car is finished in Stealth Grey paint which is complimented by a Matte Black and McLaren Orange exterior pack, along with an F1 Longtail-inspired carbon-fibre roof scoop and plenty of other carbon lashings on the wing mirrors, front splitter, rear bumper, rear deck lid, and the quarter panel louvres.

The interior has been kitted out too, with the ‘Super-Lightweight’ bucket seats lifted straight from the Senna, six-point racing harnesses to hold occupants firmly in those seats, and more carbon fibre highlights and orange stitching to continue the visual theme set by the exterior. 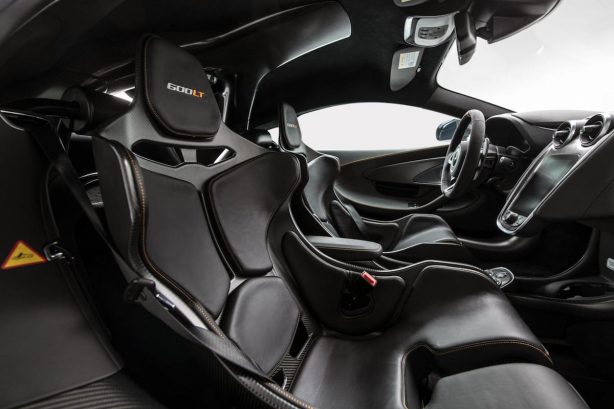 Furthermore, the 600LT model designation is embroidered onto the headrests, there’s a set of hand-painted keys, and Pebble Beach badging on the centre console all to set it further apart from the normal 600LT.

Performance-wise, however, its drivetrain remains unchanged, meaning you’ll still find a twin-turbocharged 3.8-litre V8 behind the rear seats producing 441kW and 620Nm, which makes the 0-100km/h sprint achievable in a claimed 2.9 seconds.