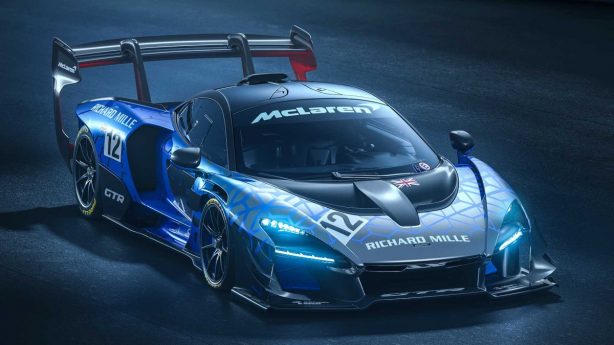 McLaren has revealed a track-only version of its flagship Senna – the Senna GTR – which gains more power and a wider, more aggressive body to the road-going version.

Powered by the same basic 4.0-litre twin-turbocharged V8 seen in the rest of the company’s line-up, a tweaked ECU and removal of its secondary catalytic converters is responsible for its power now being increased to 607kW and 800Nm. The same seven-speed dual-clutch transmission channels that power to the rear wheels alone.

Compared to the standard Senna, the GTR’s track is widened significantly – 77mm wider at the front, 68mm at the rear – and sports a far wider body to match. Additionally, its overall height has been reduced by 34mm, taking it to 1,195mm, thanks to its lowered suspension. 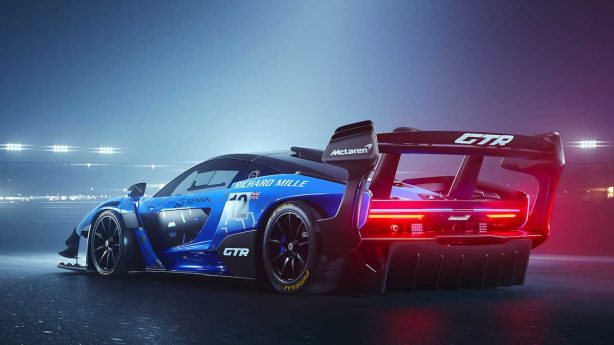 Furthermore, the GTR gains a far more aggressive aero package with a noticeably enlarged front splitter, rear wing, and rear diffuser. According to McLaren’s claims, it can produce as much as one tonne of downforce at 250km/h – 200kg more than the road-legal Senna – and as much as 3g in deceleration when on the brakes, a 20 per cent improvement.

Being a track-only model, features such as a roll cage, a fire extinguisher, pneumatic air jacks, a pit radio, pit lane speed control, and a data logger have been fitted. Furthermore, the airbags, stereo, infotainment system, and handbrake have been removed and the side glass has been replaced with lighter plexiglass to help reduce its dry weight by 10kg over the road car, dropping it to 1,188kg. 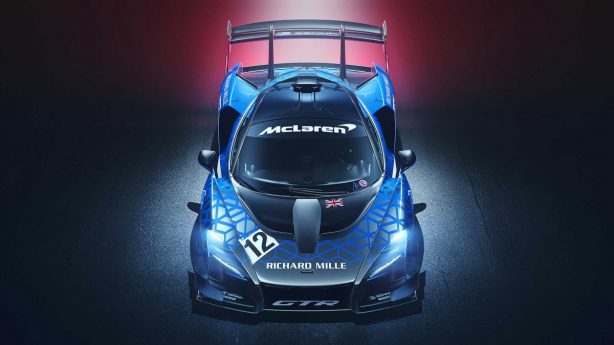 Despite being built exclusively for the track, the GTR is not compliant with GT3 regulations. However, despite this and the fact that it isn’t road-legal, McLaren clearly hasn’t had any issue selling the GTR, with all 75 examples set to be produced having been accounted for already for the pricey sum of £1.1 million (A$2.1 million) a piece.