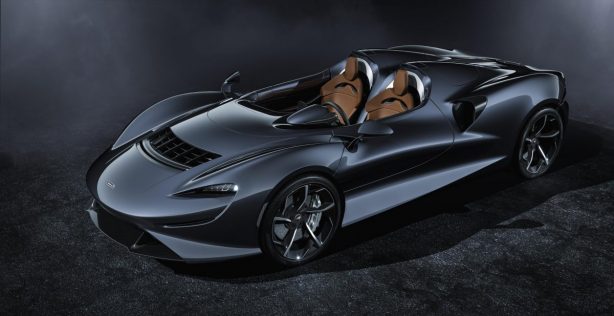 McLaren has unveiled its wild two-seat Elva roadster to commemorate the Bruce McLaren-designed McLaren-Elva sports car from the 1960s.

Like the McLaren P1, Senna and upcoming Speedtail Super Series, the Elva will be built in limited numbers (399) and comes with an eye-watering price tag of £1.425m (A$2.68m)! 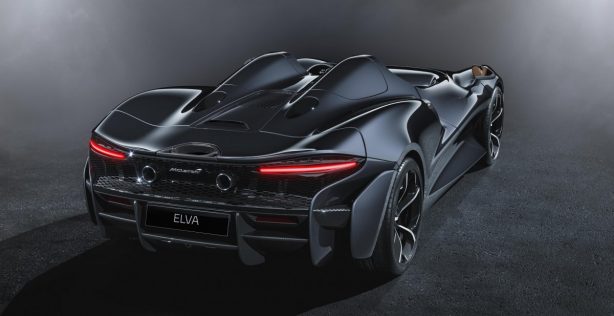 Its exclusivity is further enhanced with each example set to be individually configured via McLaren Special Operations.

Its sleek body is constructed of carbon fibre along with its bespoke chassis, making the Elva the lightest road car ever from McLaren.

Power comes from a twin-turbo 4.0-litre dry-sumped, flat-place V8 producing 600kW and 800Nm of torque. It’s hooked up to a seven-speed dual-clutch transmission that will sling shot the supercar to 100km/h in under 3.0 seconds with launch control, and 200km/h in a mere 6.7 seconds. 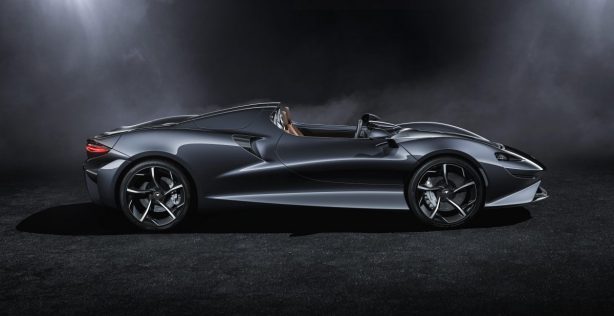 With the absence of roof, windscreen and windows, McLaren says the Elva’s driver engagement is ‘unparalleled’. To shelter its occupants, McLaren has introduced its world-first McLaren Active Air Management System (AAMS) that manipulates air flow while retaining their connection to the elements. Nevertheless, a fixed windscreen is available.

Other highlights include bespoke carbon seats, titanium pistons in the calipers and sintered brake discs, which are much stronger than even carbon ceramic discs, enabling them to be smaller to reduce weight.

At the back, the innovative Inconel and titanium quad-exit exhaust not only delivers a unique soundtrack, but also enhances engine power by reducing back pressure. 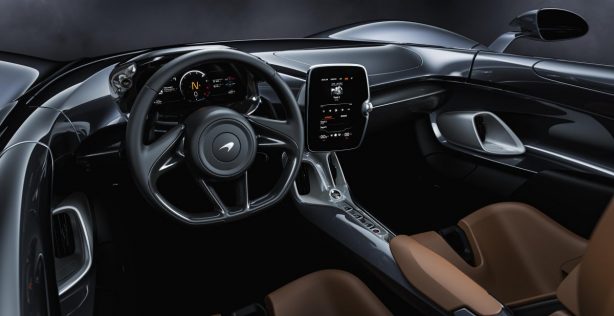 McLaren is one of the last manufacturers to persist with hydraulic steering to give the Elva extra connection. It’s clever hydraulically-interlinked dampers keep body roll in check while providing a remarkably compliant ride.

The Elva also features extensive active aero, including a rear airbrake to aid braking stability, while the cabin is upholstered in a mixture of weather-resistant leather and a new breathable synthetic material Ultrafabric.

Previous 2019 Subaru Outback Review – Is It Better Than an SUV?
Next 2020 Toyota Camry gains AWD but not for Australia