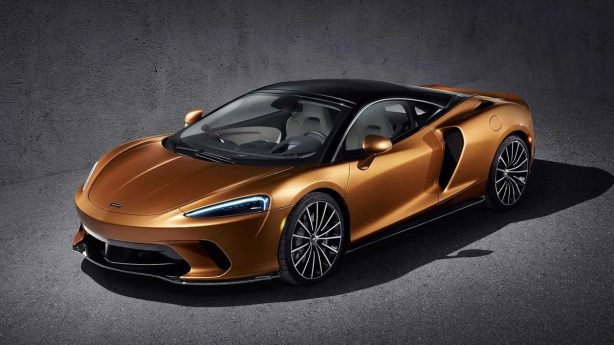 McLaren Automotive has revealed its hotly-anticipated GT – a new addition to the company’s range aimed at being softer and plusher than its current crop of racy mid-engined supercars.

Aimed at taking on established players in the GT segment including the Aston Martin DB11 and Bentley Continental GT, McLaren’s GT bucks the norm of having the engine up front  by retaining a mid-engined, rear-wheel drive layout familiar among the rest of the company’s range.

That engine in the middle should be a good one, however. It’s the larger 4.0-litre version of the company’s familiar V8 with a new, smaller set of turbochargers strapped to it to improve responsiveness at lower revs, along with a revised exhaust system to give it a deeper tone. While 456kW is on tap at a high 7,500rpm and peak torque of 630Nm doesn’t arrive until 5,500rpm, 95 per cent of that torque is available from just 3,500rpm. 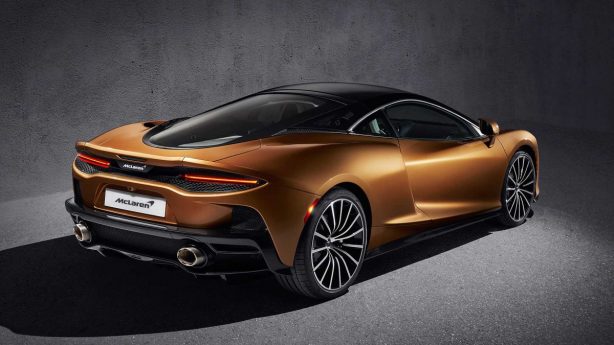 All of that is still very supercar-like so far, as is the fact it’s built around a carbon-fibre tub and only offers two seats, rather than adopting the 2+2 layout of some other Grand Tourers, but what’s less supercar-like about it – and less McLaren-like – is the plush cabin and the amount of storage space.

In the back of the car, the storage space over the top of the engine cover has been enlarged over that of previous models such as the 570GT to a sizeable 420 litres – rivalling or even beating that of many hatchbacks – while there’s still another 150 litres of luggage space at the front, amounting to 570 litres in total. Additionally, the rear hatch is available with power operation, which is a first for a McLaren. 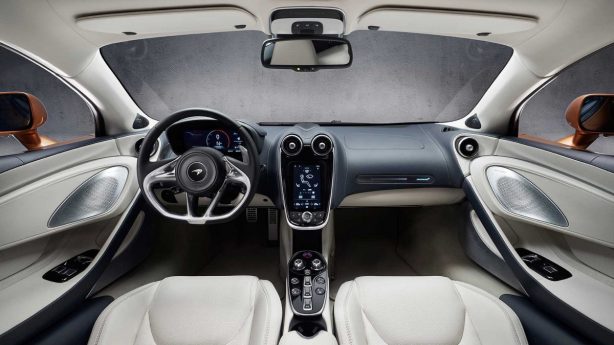 More attention has been paid to the cabin materials, too, with Nappa leather as standard and even softer grains available optionally, along with cashmere seat trim for a vegan-friendly option. There’s more Alcantara-clad trim pieces as well to hide the majority of the carbon-fibre work, although some is still visible.

Adding to the upgraded materials, the rear luggage space will be able to be lined with a new ‘SuperFabric’ that’s extra tough and aimed at those who plan to regularly carry loads in their car.

Also on the inside, a new 12.3-inch portrait-oriented infotainment screen is fitted that runs a newer, faster operating system than that seen in the company’s other models. 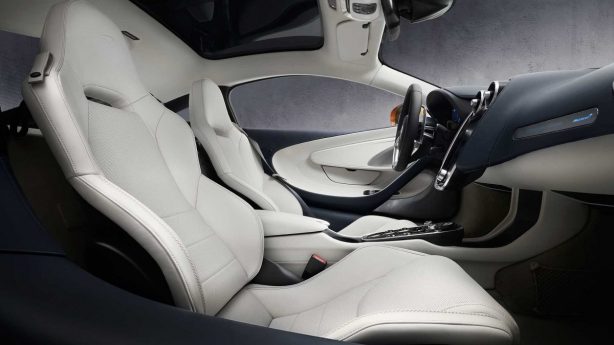 To help make the driving experience more plush to the degree expected in a GT, extensive sound insulation has been used to supposedly make the car 4dB quieter in the cabin than the benchmarked DB11 V12.

Furthermore, while it lacks the hydraulic dampers of the 720S, it does offer active shock absorbers with what McLaren dubs its Proactive Damping Control system that allows it to adapt to different road surface conditions within just 2 milliseconds. 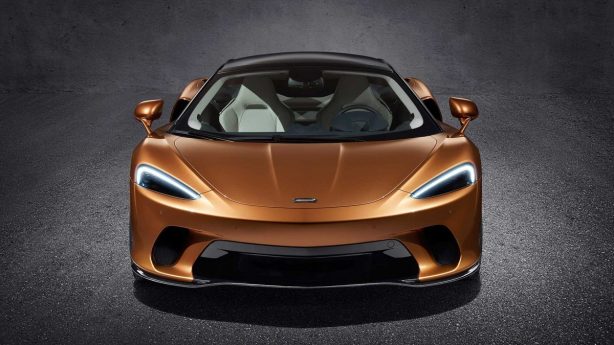 For Australian buyers, the GT is available to order now. Although exact delivery dates are up in the air, you can expect them to start hitting our shores late this year or very early next.

Australian pricing and exact specification details are yet to be announced, although pricing in other markets is indicating it will be roughly on-par with that of the 570S, meaning somewhere near the $400,000 mark.