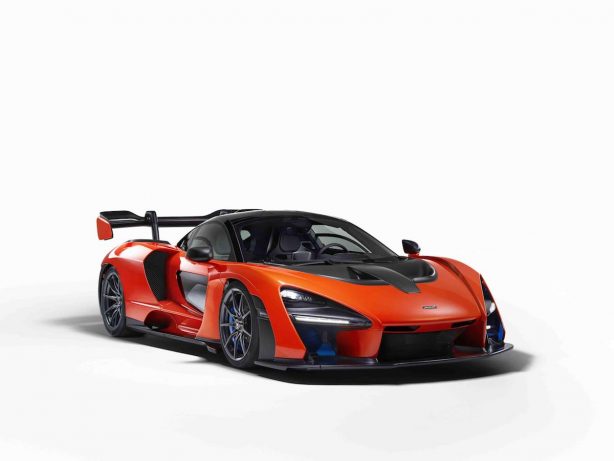 McLaren has unveiled its most extreme Ultimate Series road car yet. Named after the legendary Formula 1 driver, Ayrton Senna, the McLaren Senna is said to be the ultimate road-legal McLaren track car.

At 1,198kg, the Senna is the lightest McLaren road car since the iconic McLaren F1, thanks to its carbon fibre Monocage III chassis and body panels. The chassis itself is a development of the McLaren 720S’ and is said to be the strongest monocoque ever built by McLaren for the road.

Its mid-mounted, 4.0-litre twin-turbocharged V8 delivers 588kW of power and 800Nm of torque to the rear wheels via a seven-speed dual-clutch transmission, giving the Senna a power-to-weight ratio of 491kW per tonne. 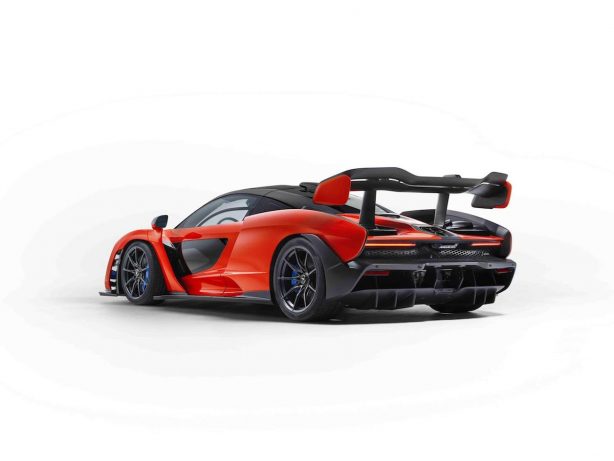 Drivers can also tailor the character of the engine and transmission using the Active Dynamics Panel with a choice of Comfort, Sport, Race or Track modes.

Its RaceActive Chassis Control II (RCC II) hydraulic suspension is said to work with the front and rear active aerodynamics and Monocage III to deliver “an incredibly” intensive experience on track. It also features variable stiffness and ride height – a further development of the same system in the McLaren P1.

The Senna rolls on centre locking, ultra-lightweight alloy wheels shod with bespoke Pirelli P Zero Trofeo R tyres which is designed for the race tracks but approved for road use. Stopping power comes courtesy of a set of carbon ceramic discs. 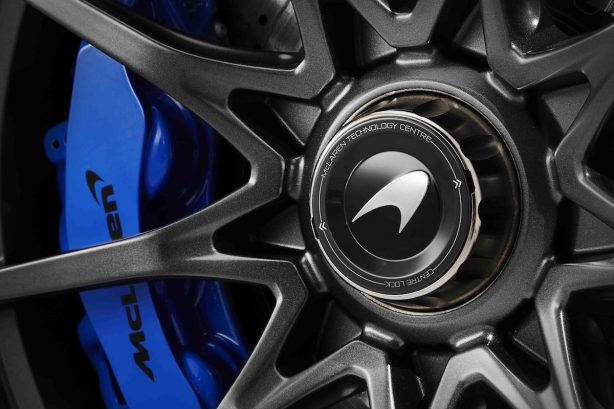 McLaren says the Senna’s design is the purest expression yet of the ‘form follows function’ design philosophy embraced by the company.

Viewed from above, the body is nature’s most efficient shape – a teardrop – with body components ‘clipped’ onto the cabin to deliver optimal aerodynamic performance. McLaren’s designers went to extremes by cutting open the ‘shrink-wrapped’ body to reduce weight visually and functionally.

Every element of the body design, from the front splitter to the double diffuser at the rear, has been developed to optimise downforce and aerodynamic balance. 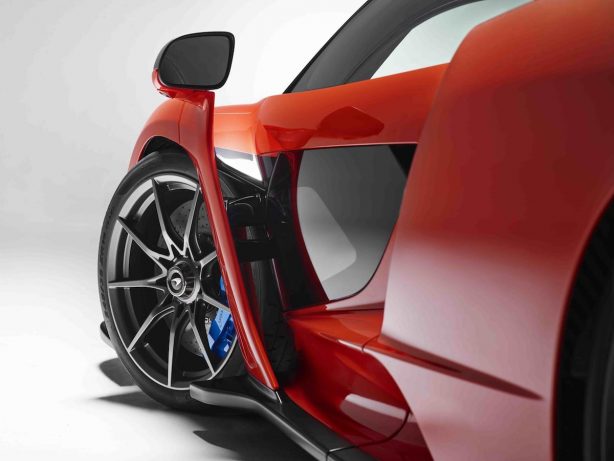 Cooling requirements played an equally crucial role in the overall design of the McLaren Senna: the rear clamshell, for example, was born from the twin demands of aerodynamic and cooling performance, with prominent ‘gurney’ flaps ahead of a succession of stepped louvres directing air away from the rear deck and down the sides of the body. The resulting area of low pressure draws hot air out from the high-temperature radiators and engine bay, with the louvres ensuring that the airflow does not impact the efficiency of the rear wing. The ‘slash cut’ finishers of the unique Inconel and titanium exhaust exit through the lowest rear deck (measured at the trailing edge) of any McLaren road car, the angle of the pipes directing exhaust gas away from the rear wing.

The cockpit environment reflects the stripped-back, functional nature that is evident in every aspect of the McLaren Senna. Visual carbon fibre is used extensively. Dependent on customer preference, Alcantara or leather covers the seats, facia and side airbags, but the absence of any other interior trim both saves weight and reveals the construction of the doors. Even the gas struts are exposed to save vital grams. 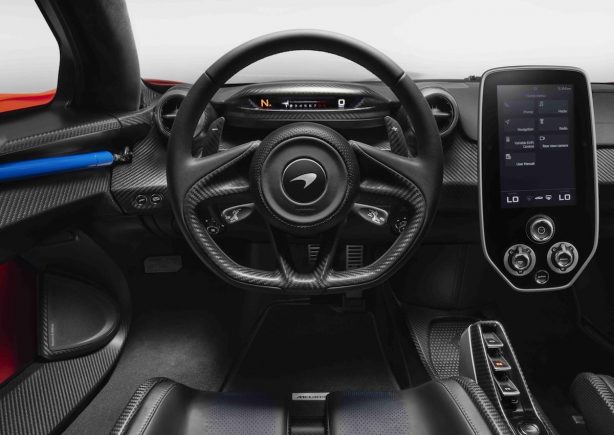 Driver controls have been deliberately kept to a minimum to reduce ‘cockpit clutter’ and the three-spoke steering wheel is free of buttons and switches, creating a pure focus on sensory feedback. All the information the driver needs comes from the high-definition McLaren Folding Driver Display and central infotainment screen. Storage space is limited to a chamber behind the seats integral to the Monocage III with just enough room for two helmets and race suits.