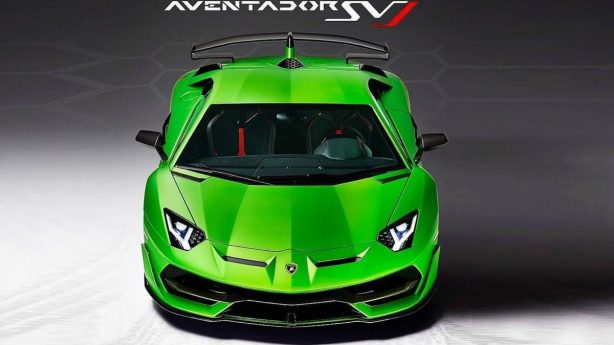 Official photos of the upcoming Lamborghini Aventador Superveloce Jota have surfaced online thanks to the H.R. Owen Lamborghini dealership in the United Kingdom.

Due for its world premiere at Pebble Beach this week, the latest iteration of the Aventador supercar has just recently smashed the lap record for a production car around the Nürburgring Nordschleife with a time of just 6:44.97.

Based on the Aventador S, the carbon-fiber intensive SV Jota is expected to share the same 6.5-litre V12 engine and ISR single-clutch automated manual gearbox as the S. It’s almost certain that power will be lifted over the Aventador S’s 730bhp (544kW), with early estimates placing it at around 800bhp (596kW).

All will be unveiled at Pebble Beach this week.

Not long to go until the official unveiling at Monterey Car Week; here is an exclusive preview of the Aventador SVJ. #Lamborghini #AventadorSVJ