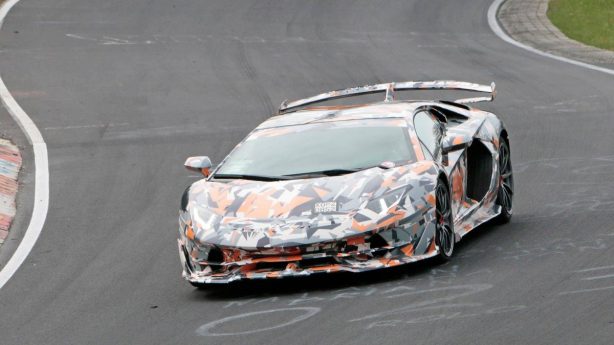 In late 2017, Porsche set a new world record for the fastest production car around the Nurburgring circuit, lapping the infamous circuit in just 6 minutes and 47.3 seconds with the 911 GT2 RS.

That is one seriously quick lap time around the Green Hell but one car maker seems to think it can do better. Stepping up for the challenge is Lamborghini which is in the final stages of Aventador Superveloce Jota (SVJ) development. The upcoming hardcore version of the Aventador has been pounding the Nurburgring lately in track testing and according to reports the Italian super car maker is eyeing at a new Nurburgring lap record.

The V12-powered Aventador Superveloce Jota recently lapped the ‘Ring in 6 minutes and 54 minutes, 6.7 seconds slower than the Porsche 911 GT2 RS, but in less than ideal track conditions. According to Lamborghini, the Aventador’s lap was hampered by traffic and debris on track. Under ideal track condition, Lamborghini claims that it will be able to drop the Aventador’s lap time to well below the 6:50 mark, potentially snatching Porsche’s crown.

So, we can expect Lamborghini to hit the ‘Ring again with their Aventador Superveloce Jota for a second attempt, this time with a closed track. 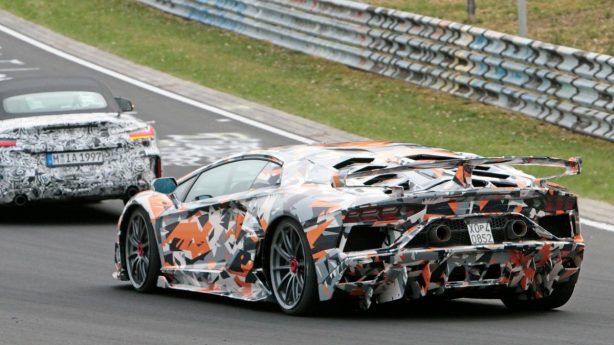 Based on the Aventador S, the SV Jota is expected to share the same 6.5-litre V12 engine and ISR single-clutch automated manual gearbox as the S. It’s almost certain that power will be lifted over the Aventador S’s 730bhp (544kW), with early estimates placing it at around 800bhp (596kW).

The prototype spotted around the Nurburgring can be seen decked out with aggressive aerodynamic bits including a front splitter, large rear wing, deep rear diffuser and side sill extensions. Also visible are those race car-like centre-locking wheels and a pair of high mounted exhaust outlets mimicking those on the Huracan Performante.

The Lamborghini Aventator SV Jota is due for release late this year.