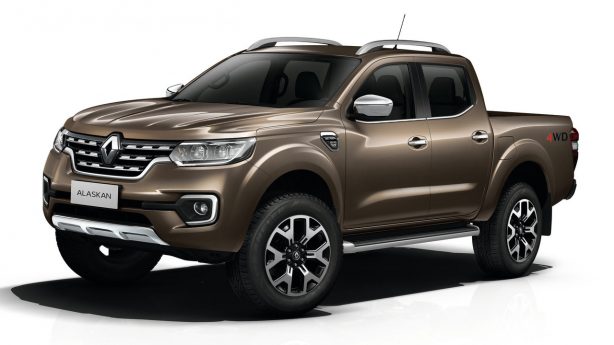 Meet the Nissan NP300 Navara’s twin under the skin, the Renault Alaskan ute.

Created to tackle the burgeoning utility vehicle market of Latin America, the new Renault ute is the brand’s first one-tonne pickup and marks a major step into the segment. Following its debut in Medellin, Columbia, the carmaker intends to introduce the ute to more South American countries, before going on sale globally. 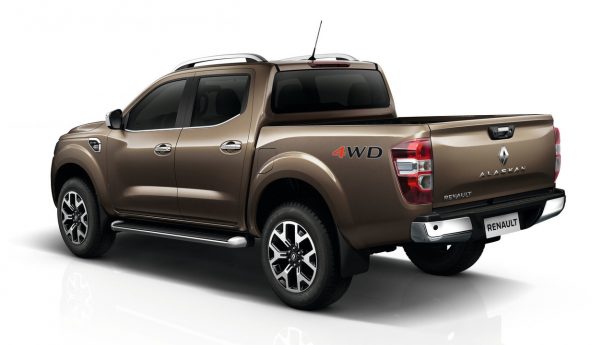 Compared to the NP300 Navara, Renault’s designers have completely redesigned the front fascia, sporting the brand’s current grille. While still tough looking, the overall look has been softened somewhat.

Along the sides, the doors and rear guards are all carried over from the Nissan donor ute. At the back, the rear tailgate and taillights have been slightly restyled. 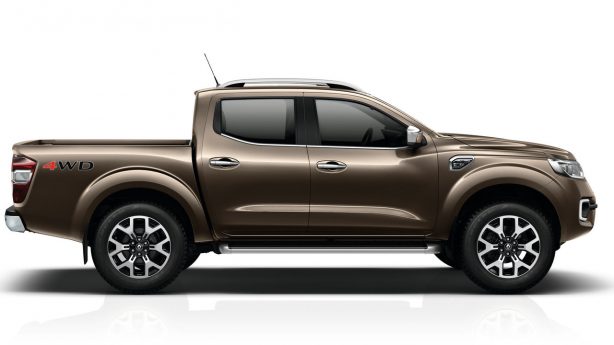 Shown here as a dual cab, the Alaskan is also available in single and chassis cab configurations and with short- or long-bed bodies.

Inside, the dashboard is carried forward wholesale from the Navara, except for the steering wheel. Standard features include heated front seats, dual-zone climate control, a 7-inch navigation system and 360-degree camera. 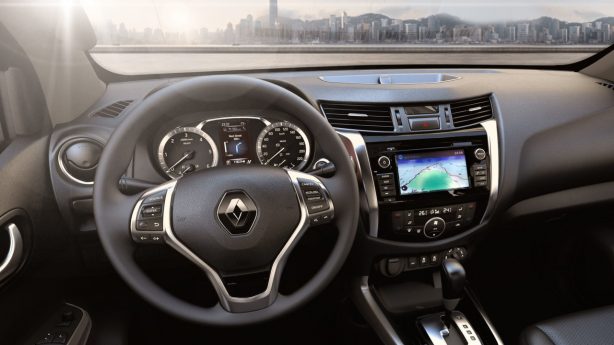 All engines are paired with a six-speed manual or seven-speed automatic, driving either the rear or all four wheels via an electronic rear differential. A mechanical locking rear differential is offered as an option.

The Renaul Alaskan won’t be the last model to be based on the Nissan NP300 Navara, as Mercedes-Benz is also preparing their own version, which is expected to debut sometime next year.