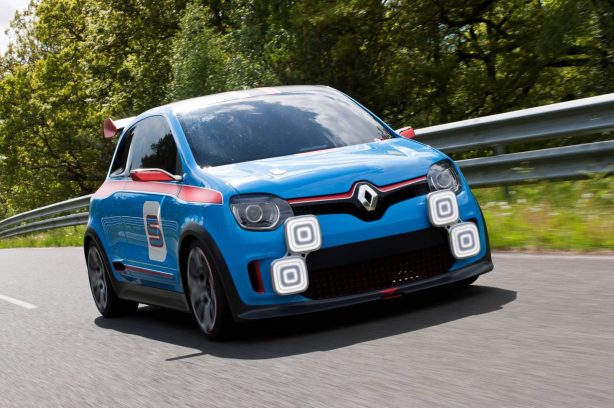 The concept car world is a fascinating one, where the possibilities are endless. Take the Renault Twin-Run Concept that has been unveiled recently in Monaco for example, it’s a pint-size mid-engined race car with a tubular chassis lifted straight out of motorsport.

Underneath the diminutive body lurks an enormous 3.5-litre V6 derived from the Mégane Trophy race car. Mounted longitudinally ahead of the rear axle centreline, the V6 makes 320hp (239kW) and 380Nm of torque at 4,850rpm. It is mated to a SADEV six-speed sequential gearbox with limited slip differential. The twin metallic clutch is also borrowed directly from motorsport. 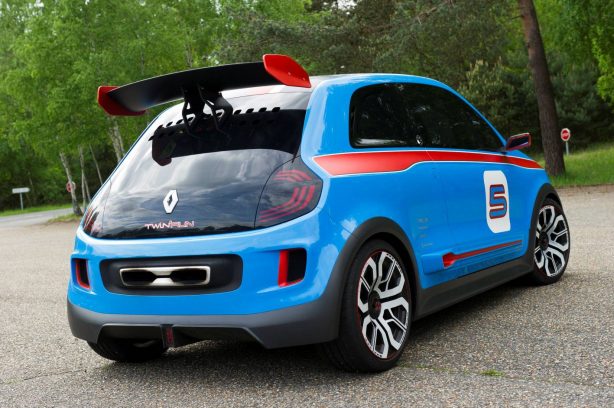 To ensure good weight distribution despite the mid-engine architecture, various components are positioned under the bonnet. These include the fuel tank, the radiator and the hydraulic system. The result is a 43/57 weight distribution.

Said to preview the looks of the next-generation Renault Twingo, due in 2013, the Twin’Run looks almost like a Fiat 500 on steroids, with wheels pushed out far into the corners, minimal overhangs and a high waistline. The “5” on the doors ties the concept back to the famous R5 Turbo rally car of the 1980s. The four flat LED lights are a modern interpretation of the light racks used on night rally specials. 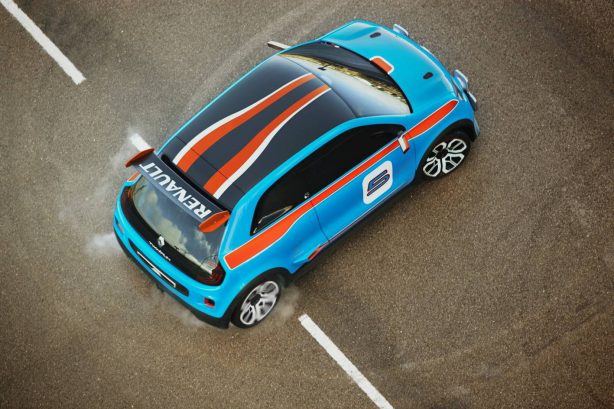 The Twin’Run was developed in collaboration with Tork Engineering/Poclain Vehicules, a French firm specialising in race car chassis. Its multi-tube high-performance steel chassis is derived from aeronautics. The Twin’Run’s bodywork is constructed mainly of glass-polyester composite, with the front blade, roof, rear vent and wheel arches made out of carbon fibre.

It is suspended on double-wishbone front and rear suspension with independent pivot. For filtering and body stability, the Twin’Run is fitted with OHLINS spring shock absorbers at both ends. The axles have an anti-roll bar with a diameter of 22mm at the front and 25mm at the rear.