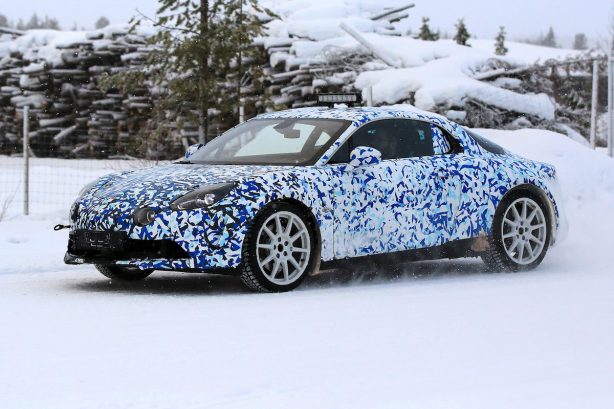 Renault’s Alpine sports car has been caught by carparazzi out in the open ahead of the car’s expected debut later this year.

Rumoured to be called the A120, the spy shots confirm the final production model will stay true to the Alpine Vision Celebration Concept revealed in 2015. Other than the larger wing mirrors, the production car retains the concept’s overall shape, large central exhaust pipe, as well as round fog lamps embedded in the nose in homage to the Alpine A110. 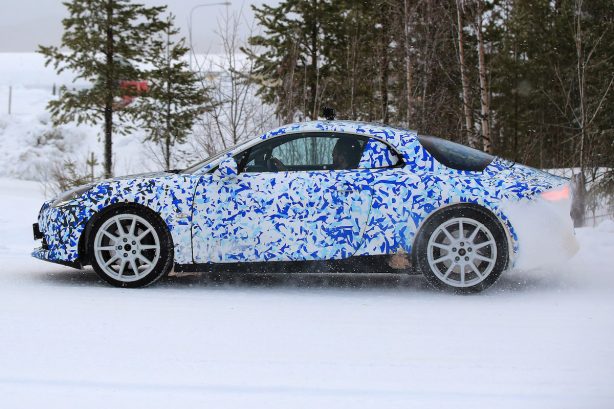 The A120 will sit on a lightweight aluminium chassis along with aluminium bodywork in order to keep weight to a minimum, while a 0-100km/h time of 4.5 seconds has been confirmed for the mid-engine sports car.

The standard model is said to feature an all-new 1.8-litre turbocharged petrol engine with approximately 184kW of power, with Alpine also intending to build an even hotter RS version churning out more than 221kW. 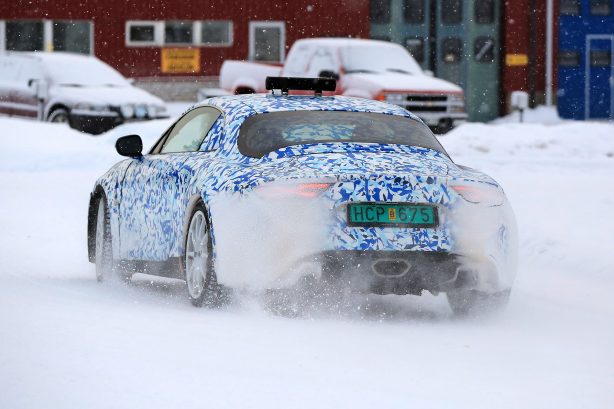 While those figures might look modest, they will be compensated by the Alpine’s low weight, much like Lotus cars.

Renault is already taking orders for the car, with 1,955 units to be called the ‘Premiere Edition’ and available for booking via a special app. The Premiere cars are a nod to 1955 – the year Alpine’s first incarnation was founded. Each car will receive a special plague with its production number.