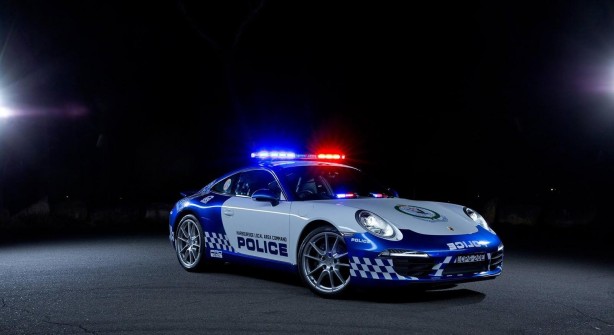 The latest police car to join the fleet features markings designed by Sam Nejat, a Master of Accountancy student at the University of Western Sydney. Nejat was the winner of a competition launched in July 2014 on Harbourside LAC – NSW Police Force Eyewatch page for International Students to help design the graphics package, which received hundreds of entries.

Rather than assuming the role as a pursuit vehicle, the uniquely designed Porsche 911 Carrera will only be used as a community engagement vehicle. The sports police car will be officially unveiled by officers from Harbourside Local Area Command at this weekend’s International Students Beach Soccer Tournament at Coogee (Sunday 28 September 2014). 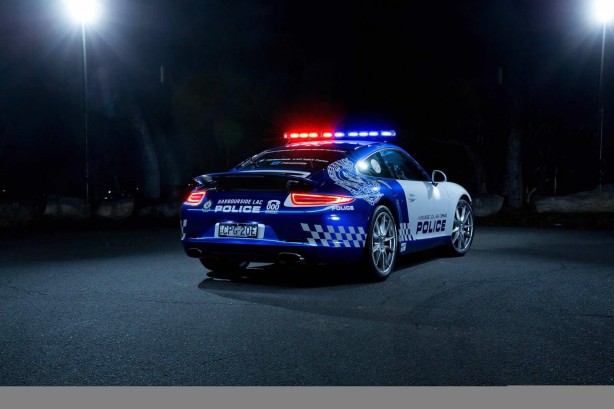 For the past two years, Porsche Cars Australia have sponsored a Porsche Panamera for officers from Harbourside Local Area Command to attend schools, community events, charity fund-raisers and local youth programs, and generate positive interactions between police and the community.

The success of the program has seen Porsche Cars Australia extend their support to sponsoring this white 2014 Porsche 911 Carrera, which will continue to visit events across the state.

Well, it seems the boys in blue in NSW are always getting the nice toys. Unique police cars that have previously joined the force include the Lexus GS and RX 450h hybrid models and Volvo S60 Polestar.