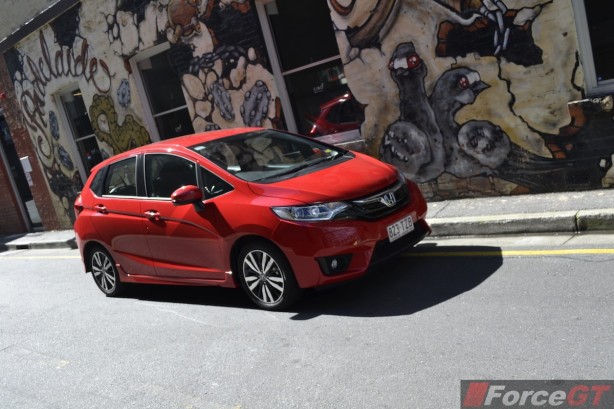 If the Honda Jazz was a person, she would have a degree in economics and a wardrobe full of practical clothing like pull-on ankle jeans that requires no ironing, a sizeable shoulder strap bag with lots of useful compartments, and sensible walking shoes that won’t kill the feet after two steps.

The Honda Jazz was created with pure practicality in mind and that has been true since the first-generation Jazz was introduced back in 2002. Now in its third-generation, the new 2014 Jazz continues with the family tradition but is also designed for the 21st century driver, with more technology and safety. 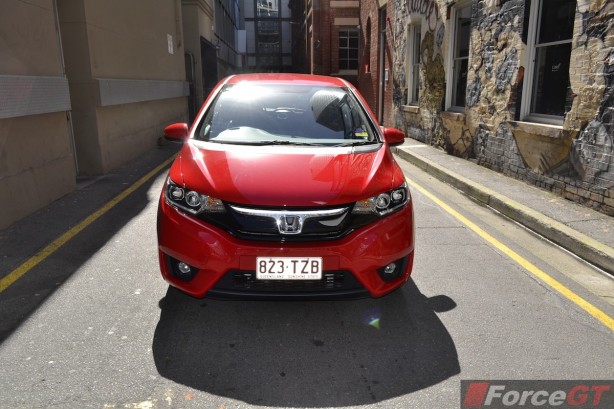 The Honda Jazz’s styling hasn’t been altered drastically since its launch in 2002 but the 2014 model heralds a dramatic new look.

From the powerful lines flowing via the bonnet to the roofline, to the larger blacked-out grille and chiseled line that emanates from the front wheel and scores a crisp line through the door handles through to the taillight; the new Jazz looks more dynamic than ever before.

As well as having a greater presence, the little Honda is also more aerodynamic compared to its predecessor, thanks to the A-pillar design that smoothens airflow and a redesigned undercarriage that is more slippery. 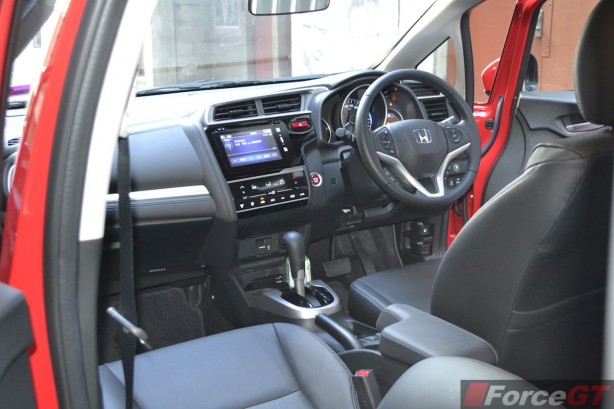 Inside, the revamped dashboard is classier than the old model, both visually and to the touch. All variants, bar the base VTi, feature soft-touch upper dashboard with metal style inlay.

Buttons and knobs are also absent on the centre stack on climate control-equipped VTi-S and VTi-L, thanks to touch sensitive controls as well as a 7-inch touchscreen infotainment system. The small diameter steering wheel, on the other hand, is festooned with buttons for audio, cruise control, Bluetooth phone, Multi Information Display, Siri Eyes Free and voice tag access. 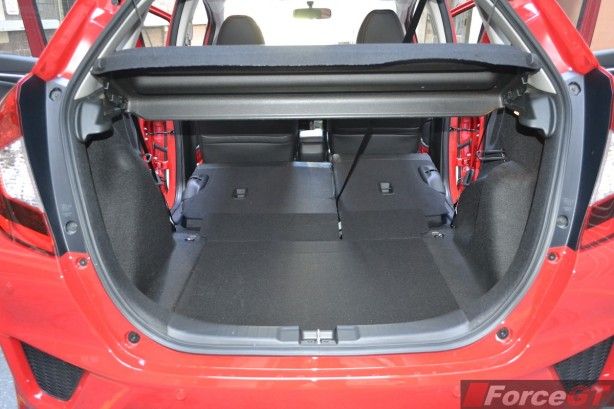 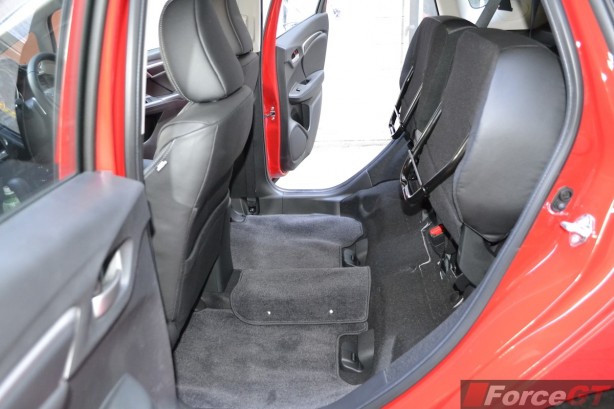 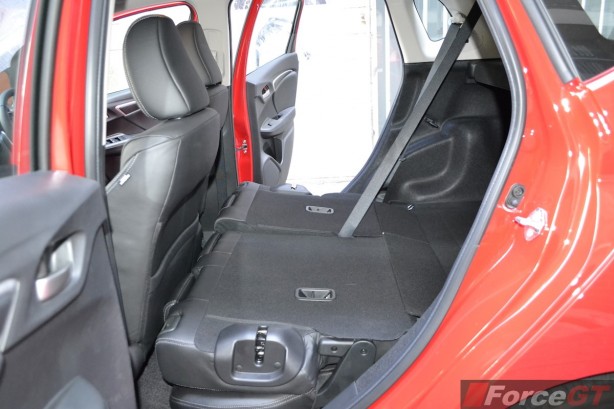 As expected, the new Honda Jazz is big on space and practicality. It has a longer wheelbase to provide a larger occupant area. Contributing to the remarkable interior size is clever packaging, thoughtful storage features and the amazing Magic Seats that provide 18 configurations, allowing for a mind blowing 1,492 litres of maximum cargo carrying capacity.

Key among the many clever engineering and design changes made to achieve its excellent packaging is a lower profile, centre-mounted fuel tank. A narrower, single-fan radiator also contributes to an engine bay that is shorter, benefitting interior space further. Finally, a new rear wheel arch design and shorter suspension trailing arm help to provide an additional 36mm in passenger legroom.

The new Jazz has larger door openings and doors that open wider for ease of access. A large glass area, giving the small car an unusually airy feel, further enhances the sensation of space. 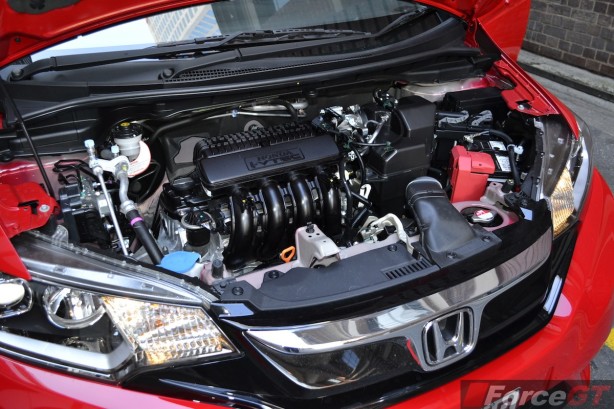 The same unsophisticated 1.5-litre i-VTEC engine, carried over from the previous model, powers all three Thai-sourced Jazz variants. It delivers 88kW of power at 6,600rpm and 145Nm of torque at 4,600rpm.

Paired with either a 5-speed manual (VTi only) or the new CVT that replaces the outgoing model’s 5-speed automatic, the engine is adequate in moving things along without much fanfare.

While it is generally muted, enthusiastic throttle application is often accompanied by a metallic rasp typical of small displacement engines.

The new Jazz is slightly more frugal, returning a combined fuel economy of 7.3L/100km on test; made up predominantly of inner city driving, with the occasional freeway blast thrown in.

This “real world” economy is however, a long way off Honda’s optimistic claim of 5.8L/100km of combined fuel economy. 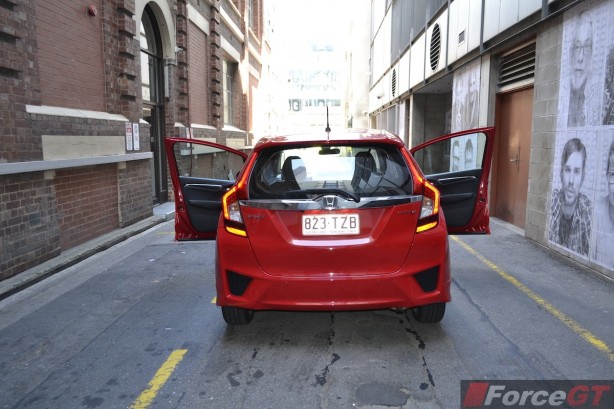 The new Jazz drives delightfully well in the city. Its steering is light for easy manoeuvre, while its diminutive dimensions make it a cinch to park in tight city car parks.

Honda’s engineers have also done a great job in isolating unwanted vibration and harshness from the cabin, with the new Jazz quieter and more refined than before.

Away from the big smoke, the car’s drastically revised suspension is immediately obvious. It corners better, with little body roll for such a high-sided vehicle. High-speed stability has also improved, giving it a sturdier big-car feel.

What’s disappointing though, is the Jazz’s lack of front-end grip. A set of grippier tyres certainly wouldn’t go astray here. Its light bodyweight also has the undesirable effect of its derriere bouncing around a bit in corners on undulating country back roads.

Like most new cars, the Jazz is plagued with thick A-pillars that block out a sizable chunk of forward vision on tight right hand turns – even with a quarter window. 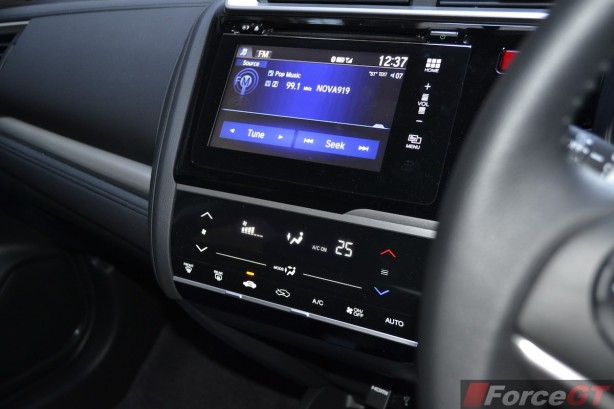 The 2014 Honda Jazz gets all the mod cons we come to expect in the 21st century. The headline news is the 7-inch full-colour touchscreen infotainment system that is standard across the range.

Those famous Magic Seats that flip and fold in 18 different configurations are back in the new Jazz to compliment the improved interior space.

Bigger and better. That pretty much sums up the 2014 Honda Jazz. Its new look may polarise opinions, but few will disapprove of its ride and handling, nor the clever packaging.

Despite being built in Thailand, fit and finish is as good as, if not better, than its Japanese-built predecessor.