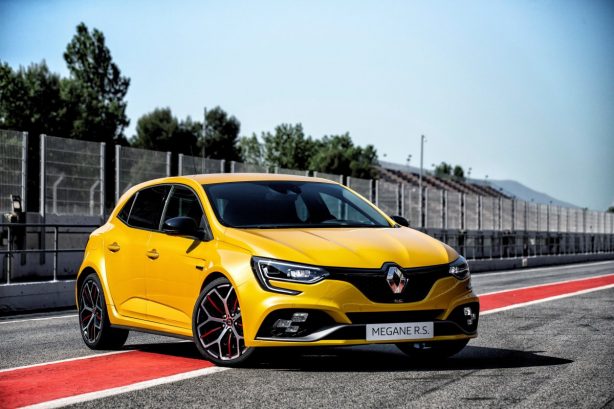 Hot hatch enthusiasts can look forward to the return of a familiar nameplate to the segment, as the new Renault Megane R.S. Trophy rejoins the Renault Sport line-up as the performance halo.

The most potent variant of the new Megane R.S range comes with a more powerful version of the 1.8-litre turbo engine, delivering increased power output of 220kW (up 15kW) and torque of 420Nm (increase of 20Nm), largely thanks to revised turbocharger, exhaust system and special mapping. The uprated engine can be combined with a six-speed manual or EDC dual-clutch gearbox. Zero to 100km/h acceleration is rated at 5.7 seconds for the manual version. 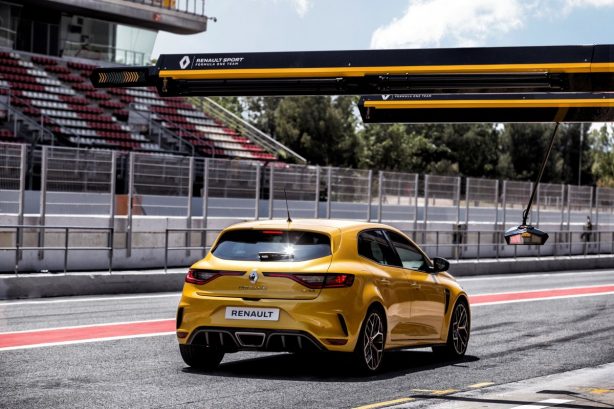 And for the best possible feeling in the car, the new performance flagship can be fitted with a new generation of Recaro front seats, covered with Alcantara upholstery.

Meeting the needs of enthusiasts looking for an everyday sports car, the Trophy version offers all the features of the standard Mégane R.S. including the ability to select different driving modes using the Multi-Sense system, the R.S. Vision lighting system and the telemetry and data acquisition system, R.S. Monitor.

In Australia, Renault has priced the manual Megane R.S. Sport from $44,990 plus on-road costs, while the EDC version fetches a $2500 premium. The optional Cup chassis adds $1490 to either price.

Previous BMW i8 Roadster joins updated i8 Coupe in Australia from $348,900
Next Hyundai i30 N Line revealed for Europe